With an ever-increasing number of public and private travel agencies worldwide recognizing the importance of literature in attracting visitors to particular regions – the concept of ‘literary tourism’ has blossomed recently. A specialized marketing initiative, it entices travelers on an enjoyable journey to visit a particular destination, rural or urban, based on sheer curiosity to explore the places they’ve read about in novels.

Regardless of the genre – romance, crime, magical realism or any another – visitor numbers have reflected an increase when a popular book that names existing sites in a locality as part of its story-line. Examples of places benefiting strongly from literary tourism are, just to name a few: Paris and Rome – Dan Brown’s ‘The DaVinci Code;’ Salem – Nathaniel Hawthorne’s ‘The House of the Seven Gables;’ New Orleans – Anne Rice’s ‘Interview With A Vampire;’ Savannah – John Berendt’s ‘Midnight in the Garden of Good and Evil;’ Belfast – George R. R. Martin’s ‘Game of Thrones.’ 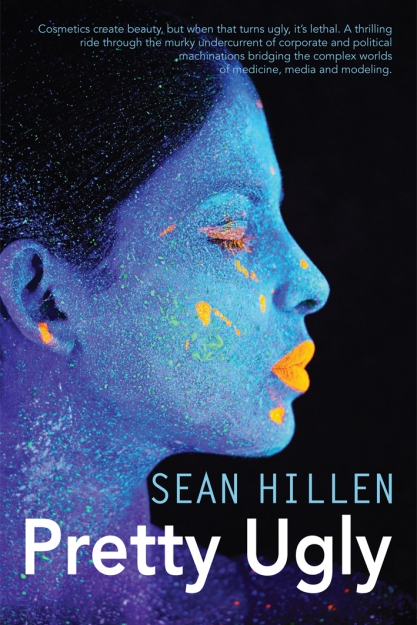 Ireland owes much of its thriving tourism success – last year estimated at more than six million people -to the literature of venerable scribes such as James Joyce, W.B. Yeats and Seamus Heaney. While the former is almost exclusively associated with Dublin and places in his novels are now ‘must-stops’ on popular driving and walking tours, the writings of the other two – both Nobel-winning poets – have encouraged flocks of national and international travelers to visit other regions where they lived, spent time and wrote about, including Sligo on the west coast and Derry in the north.

Donegal, in the far northwest, which has earned the sobriquet ‘the Forgotten County’ due to its remoteness and refreshing lack of highways and high-rise buildings, now stands to gain from a recently-published novel entitled ‘Pretty Ugly’ that has garnered excellent reviews from well-placed people in both the United States and Ireland.

Set in great part in this inspiring, rugged northwestern region of mountain, lake and sea in the Irish-speaking ‘Gaeltacht,’ an area also home to world-renown singer, Enya, this suspense-filled novel is the first book to link the US and Ireland on the nation’s famous ‘Wild Atlantic Way’ or ‘Slí an Atlantaigh Fhiáin’ in Irish.

This is a meandering, scenic route developed by national travel agencies, Failte Ireland and Tourism Ireland, that follows a considerable part of the winding Irish coastline and shares a trans-Atlantic underwater link to the Appalachian mountain range. Summed up by the phrase, ‘Cosmetics create beauty, but when that turns ugly, it’s lethal,’ ‘Pretty Ugly’ is a rocky reading ride through the murky undercurrent of corporate and political machinations bridging the complex worlds of medicine, media and modeling, in both the US and Ireland, with a surprising touch of magic realism, Celtic-style.

The storyline links Donegal and Belfast with Kansas City, Boston, New York and Washington. Grounded in cutting-edge medical science and following extensive research by Sean, who worked at the UN Media Center in New York and was a medical correspondent for a US daily newspaper, ‘Pretty Ugly’ focuses on a key contemporary health issue – the extensive and largely unregulated use of nano-particles, particularly in everyday cosmetics.

“Cosmetic companies are so rich and powerful in the US, they have prevented high-profile politicians including former Senator Edward Kennedy and national regulatory bodies such as the Food and Drug Administration from analyzing what toxic materials are in the products we see every day on our supermarket shelves, both for men and women,” said Hillen. “One of the main questions my novel deals with is the physical horrors these rogue nanoparticles, a thousandth time smaller than a human cell, could create when they flood through your body in the bloodstream to key organs such as the brain and heart. The other issue in my book involves the struggle faced by traditional media including newspapers in face of the ever-widening Internet.”

Facing some terrible truths, an unlikely trio of characters – an investigative journalist, a skin specialist and a celebrity model – embark on a dangerous mission, to lift the veil of secrecy on a powerful cosmetics company intent on concealing the health hazards from toxic ingredients in one of its lucrative products. Ironically, the greatest risk is contained inside an ordinary concealer – nano-particles so tiny they infiltrate nerve and blood cells causing untold damage. If the trio move fast enough, they can save lives. If they don’t…

Sensing a national exclusive, Colm Heaney, an impassioned Irish emigrant medical reporter, embarks on a strange quest to Donegal, in search of Patricia Roberts, a former Miss America in hiding after a bizarre accident left her severely scarred, both mentally and physically, and a close friend in a coma. Discovering the beauty queen is involved in a medical experiment using the most ancient of skin rejuvenation remedies – simple bog peat – Colm then finds himself involved in a major investigation that reveals corruption at the highest levels of American society, with high-ranking figures in the corporate and political worlds facing off, willing to risk everything to protect their exalted positions and principles. Bribery and paparazzi become key elements in the story.

Vivid descriptions of gorgeous land and seascapes and dramatic action in ‘Pretty Ugly’ are firmly placed in west Donegal, including Gola and Tory Islands, Dunlewey, the Poisoned Glen, Gaoth Dobhair, Cnoc Fola (Bloody Foreland), the charming village of Bunbeg, local music venues such as Teac Jack and Teac Hiudái Beag’s, and many other places.

“Through a narrow gap between two leaning towers of jagged rock and you’re bound for another world, leaving behind traffic lights, McDonald’s, apartments, office high-rises, doorbells and elevators. And, to a great extent, people. It’s bloody wonderful. And it’s easy to tell when the real world ends and the surreal begins. As houses disappear, so does the road. Into a layer of mist, thicker than an Irish stew. Instead of everyday noise, there’s an eerie silence. And a long, twisty, empty, bumpy, pebble-filled excuse of a path ahead daring you to continue into the unknown.”

Irish travel officials say if ‘Pretty Ugly’ could but emulate a fraction of what other novels have done for other places in terms of attracting visitors through literary tourism then the rewards would be immense. “A flood of international visitors could come to what is one of the most economically marginalized regions in Ireland thus creating stronger business for struggling local cafes, restaurants, pubs, B&Bs’ and hotels, as well as greater support for traditional community and cultural activities,” a representative said.

‘Pretty Ugly,’ also contains words and phrases as Gaeilge, therefore indirectly supporting development of the Irish language, as well as lively scenes involving traditional Irish music seisiúin and that most ancient of skin rejuvenation treatments – bog turf. “Far be it from me to say, ‘Pretty Ugly’ would make an excellent Christmas or birthday gift for book-lovers,” said Hillen. “But think of it this way. It has a pretty cover, it’s a pretty good read and it’s a pretty size so it’s bound to look extremely pretty wrapped up in nice colorful paper or inside a seasonal red stocking. As for the ‘ugly’ bit. Keep in mind, ‘Beauty is in the mind of the beholder.’