If you’re in Belfast and keen for an evening at the theatre, you’re in luck – the northern Irish city’s most prestigious venue, The Lyric, is now hosting a thoroughly modern production focusing on contemporary issues, including the meaning of family life and love.

Opening earlier this week ‘The Nest,’ staged at the Naughton Studio and co-produced with the Young Vic London, is best described as a ‘modern tale of morality.’ 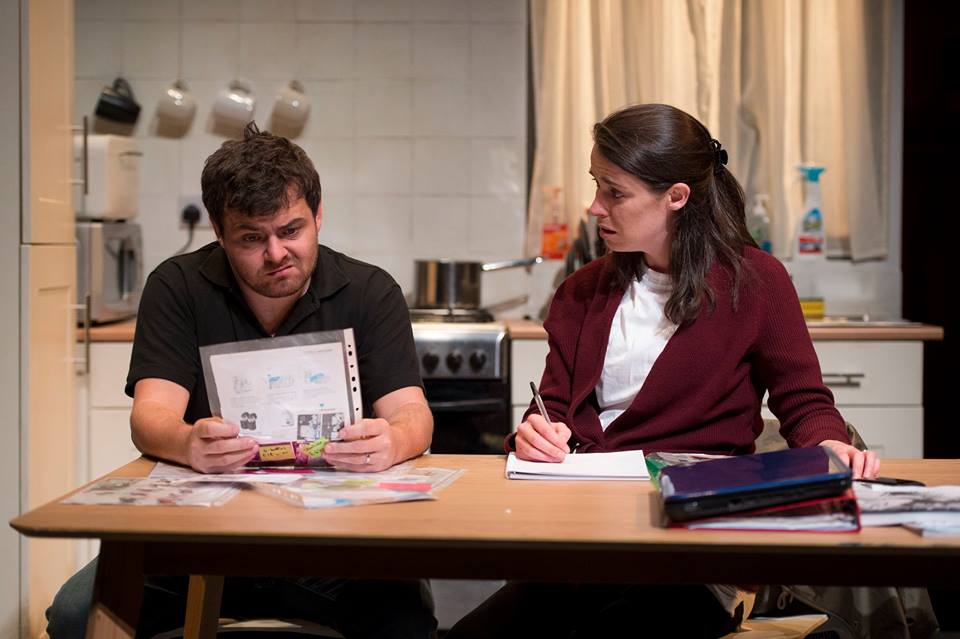 Experienced playwright Conor McPherson (The Weir & The Night Alive) has written a powerful translation of the German fable by Franz Xaver Kroetz about the potential personal and environmental costs of materialism, which is well directed by Ian Rickson.

A very creative set combines interior and exterior scenes in one smooth, flowing architectural design with the kitchen and bedroom of an apartment linked not only to an outside forest but also a lake and a garden allotment, the importance of which we’ll come to later in this review.

In short, the story is of a young couple, Martha (played in a suitably nervous, frustrated manner by Caoilfhionn Dunne) and Kurt (played by Laurence Kinlan as a loyal, trying-to-do-his best-soon-to-be-father). Both actors gained fame in Ireland with the hit television series Love/Hate – don’t ask me about it, I’m not much interested in television, RTE, a rather substandard Irish national broadcaster nor work about the Dublin criminal underworld, or indeed any criminal world for that matter.

While the script itself does not leave the listener with any wow! lines, fine acting by the duet and particularly Kinlan in a poignant and riveting scene in which he is suffering deep depression for a particular act that deeply affects his family (whose nature I will not divulge here) maintains one’s abiding interest. This particular scene is also memorable because it combines both brilliant acting and lightning skills with an element of the production that is pivotal to its success – the overriding music. Throughout the 90 minutes (no interval), an engaging score by PJ Harvey (which he performs with James Johnston) and, in effect, acts as an added character, highlighting mood swings including a sense of rising tension, impending doom and even resolution. 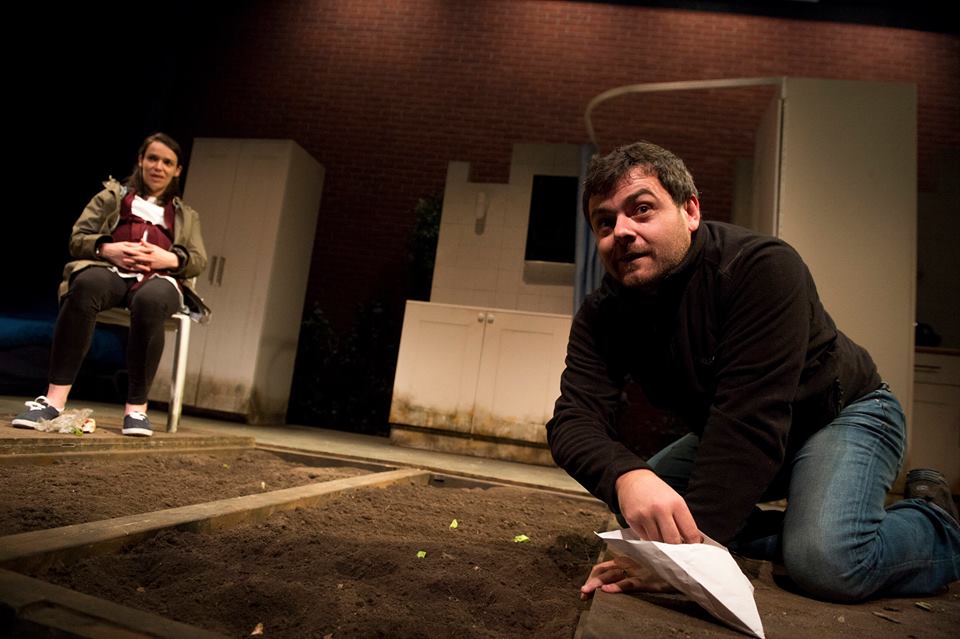 A sense of ‘things falling apart,’ even before there is any hint of it, is created by deft stagecraft – tarnished skirting boards and cupboards in the house while a folding bed immediately indicates the couple are not well off and thus money could play a key role in whatever story arc develops.

As for the innovative introduction on the stage, a garden allotment, this seems to be reflect an enduring metaphor best summed up as, ‘pulling weeds or planting seeds?’

One of my main concerns with the script-acting is that if Kurt is meant to be a greedy, materialistic person that characteristic is missing, his persona attracting sympathy, even when he commits ‘the act’ that creates such problems.

Overall, ‘The Nest’ is an engaging theatrical production and offers the chance to see television actors ply their trade live on stage.