‘Classic, Coco-inspired chic’ is how the 5-star Castille Paris hotel terms itself and that’s a pretty accurate description, especially considering the Queen of Fashion’s first store, now Maison Chanel, is right next door.

Located on Rue Cambon, this 108-room/suite property, a member of the luxury Starhotels Collection, an independent group founded and run by the Fabri family, could hardly be in a more prestigious position – in the heart of the 1st Arrondissement, with the Rue Fauberg-Saint Honore and the Tuileries Garden but a few hundred yards away. The Louvre Museum, the Opera, the Place Vendôme, the Champs Elysées and many other landmarks of Paris are all within walking distance.

Shaped and styled from an 18th century chateau, the Castille exudes some of its former opulence as well as retaining attractive ‘boutique charm.’ Sliding doors street-side lead one along a short marble floor to the reception desk before which stands an impressive statue. Beyond is the restaurant which doubles as the breakfast room. The hotel, which combines Italian chic and Parisian haute couture, is designed into two-wings, the Opera wing with contemporary elegance and panoramic rooftop views and the Rivoli wing fashioned in striking monochrome that conveys a classic French 1930s style.

We stayed in the Chanel Suite in the latter wing, which featured distressed floor-to-ceiling mirrors, with a view from the sitting-room window on to an inner space between buildings decorated with statuary and colorful wall murals. As per the theme of Coco Chanel, monochrome was the predominant color scheme including lampshades, carpet, writing desk and coffee–table. 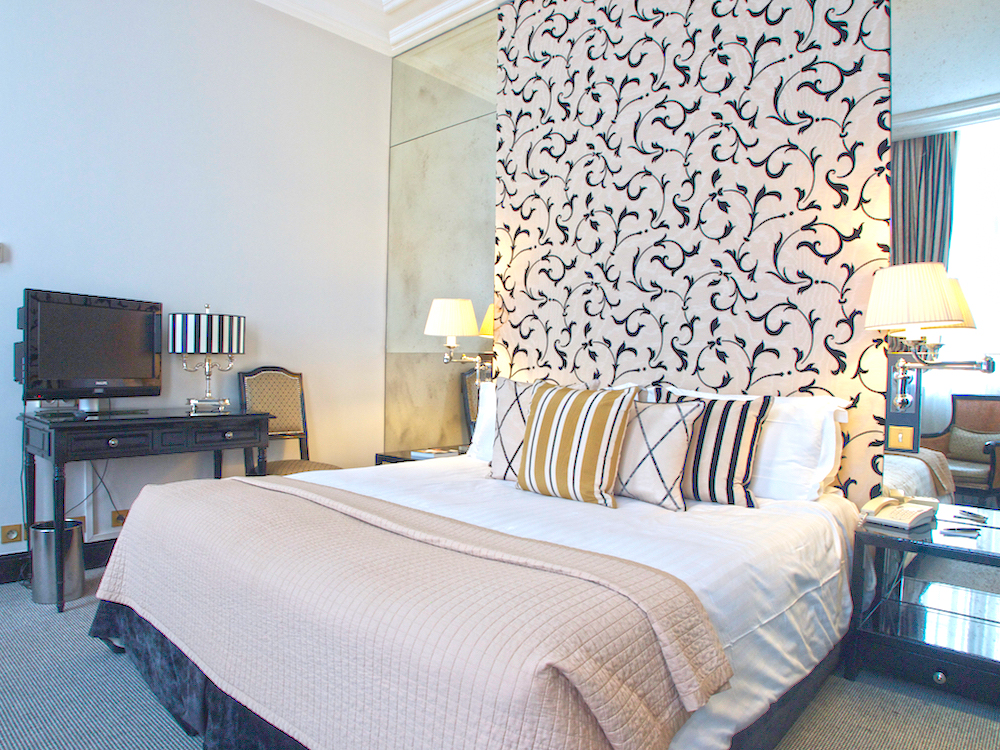 Black furnishings were offset somewhat by window curtains with a cream stripe design, a cane armchair and a striking chrome standing lamp with matching chrome lampshade. The bedroom featured a striking candy-like black and white striped lamp while the headboard of the bed featured a swirl of black leaves on a cream background. Our bathroom was also monochrome with a gray and white tiled floor.

The room’s elegant French boudoir atmosphere continued in the ground-floor restaurant where my dining experience began with a perfect Americano.

Know how difficult it is to slice scallops? Very. Thus my admiration for the chef who tackled the task so fastidiously in the Florence-inspired, 130-seat L’Assaggio restaurant to provide us with a starter of Carpaccio of Saint-Jacques, so thin, so fragile and so, so moist and tasty, accompanied by a caviar vinaigrette in a shot glass. In fact, resembling in color the paint on the wall opposite, I had to admit my initial averseness to the vinaigrette but it turned out to be so tasty it gave me as much of a culinary high as the paint might have done in other, less healthy, circumstances.

Parmesan and fois gras? Bed strangers? A culinary joke? Not so, at least not under the post-modern guidance of 26-year-old Parisian sous chef Mathieu Thomas. Turns out it was a delightful combination in the saffron-flavored risotto that could have made most chefs from the Piedmont, home of risotto, most envious.

Liking wine I cannot see through – hardly an impressive line in a sommelier’s CV – I was delighted by the blood-like color of the Sicilian wine that accompanied the delicate slice of sweetbread whose texture of sent me on a linguistic treasure hunt. How does one describe ‘soft’? Soft as a cushion? Soft as a pillow? Even softer, that was Mathieu’s sweetbread. Add a touch of truffle, and bingo, you’re in culinary heaven. 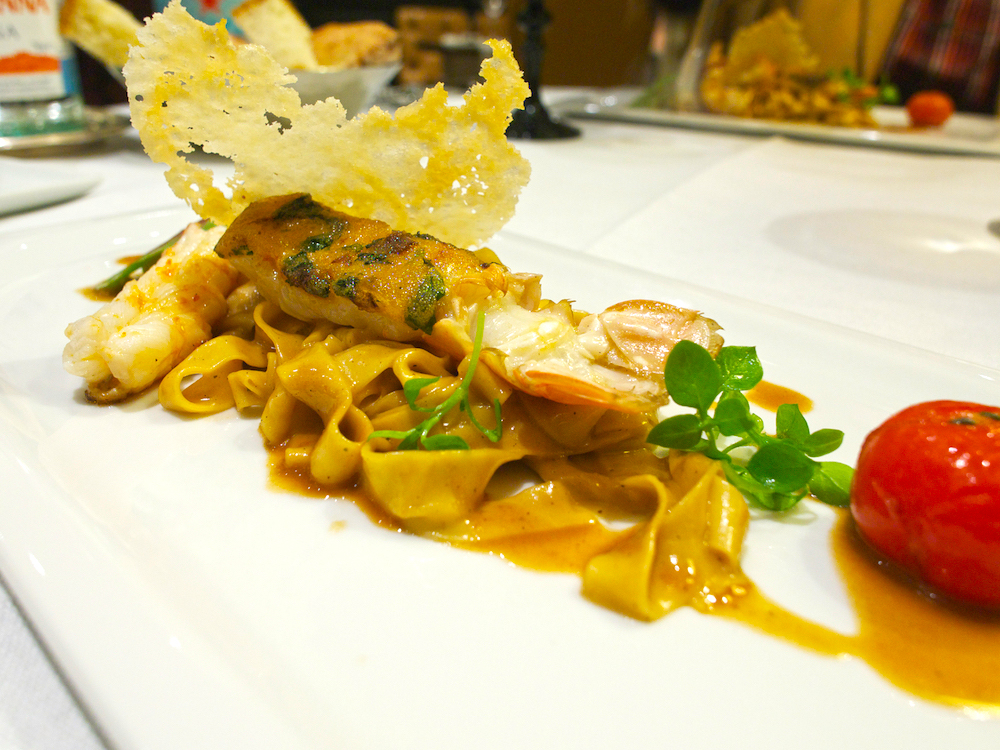 With summer approaching, the hotel also offers a Florentine courtyard with a Romana fountain and suggestive frescoes for al fresco dining, as well as a Salon de Thé to while away a leisurely afternoon. In terms of business, it also offers two meeting rooms for up to 50 people.

As an elegant, old-world hotel with boutique charm, complete with a resident house cat, and a prestigious location in the heart of Paris, Castille is a very fine choice.