Staged at Holy Trinity Parish Hall in the west Donegal town of Dunfanaghy – the first show having taken place at Letterkenny’s An Grianan theater the previous night – Gorman’s performance was both highly entertaining and educational as, skillfully interweaving multiple roles, he guided his audience through the controversy leading up to the eventual publication of Joyce’s collection of short stories by Grant Richards publishing house.

As a precursor to the one-hour stage show, a strong audience was treated to a 20-minute audiovisual presentation entitled ‘The Life of Joyce,’ with lively on-stage narration by Bern Deegan.

Using correspondence between Joyce and Richards as a guiding thread, Gorman displayed his ample acting abilities by not only impersonating both men, with convincing vocal and rapid clothes changes, but also bringing the audience into the Dublin playground of a young Joyce, both as an innocent child playing ‘Cowboys and Indians’ and as a naive, yet concerned, adolescent facing a potential pedophile.

With minimal props  – two coat-stands, left and right stage front, one holding the boater and the other a gabardine and hat, and two makeshift desks made from shirt boxes, the talented Gorman illustrated the opposing mindsets of the two central characters: the Trieste-based writer focused on the sacrosanct nature of artistic expression and the London-based publisher worried whether the venture would end up a profit or a loss and fall in professional reputation.

After agreeing to publish the short-story collection in 1905, differences erupted between the two over one of the stories entitled ‘Two Gallants’ about two women-hungry men out on the prowl, which the printer refused to set. Worried about public response to certain ‘morality issues,’ Richards then began to press Joyce to remove a number of other passages that he claimed the printer also refused to set.

Eventually, after much soul-searching by Richards, the 15-story collection did see the light of day – nine years later.

Not only does the experienced Gorman, who is a writer, director, producer and teacher, enact ‘Two Gallants,’ skillfully playing both contrasting characters, a smooth operator and his sycophantic sidekick, but he also does the same to illustrate other stories in Joyce’s collection.

His impersonation of one character, Mister Bell, a little, nervous, aspiring amateur tenor who competes every year at the Feis Ceoil in the story, ‘A Mother,’ is comedic while that of Farrington, a clerk in the story, ‘Counterparts,’ is both humorous when he lines up drunk for a pathetic show of elbow strength over a pub table and dark when he goes home in a rage and vents his social frustrations by beating his son. 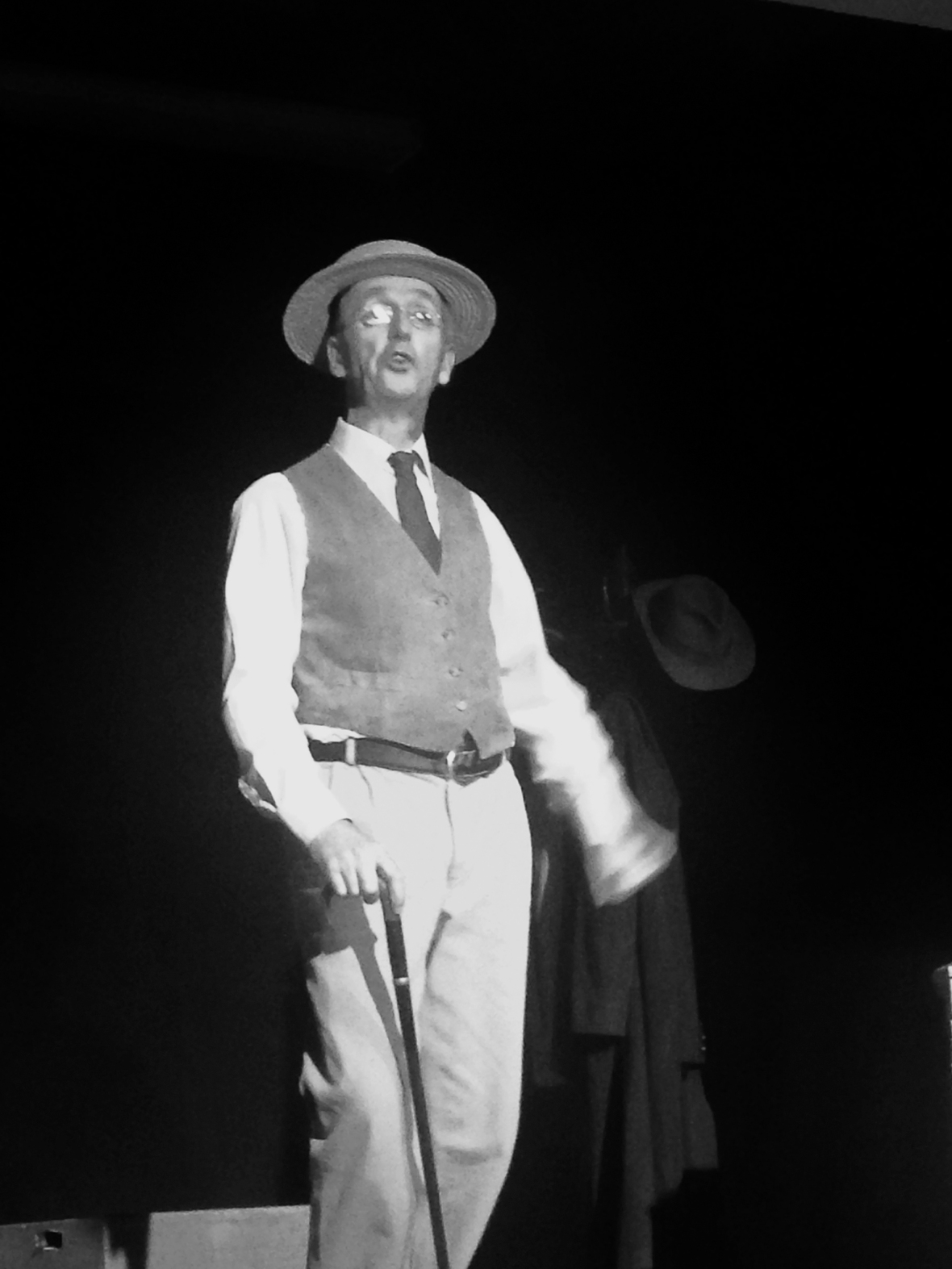 Production manager Bern Deegan plays a vital role in the show, with a deftness on the lighting switch to indicate place and character changes, as well as his timely background sound input in pub and public tram scenes.

‘The Dubliners Dilemma,’ hosted by Bachelors Walk Productions, is now in the middle of a national Irish tour. Upcoming venues include Castlebar and Tralee.

The show was also staged on Bloomsday (June 16) at the Henrik Ibsen Museum in Oslo, birthplace of the great Norwegian playwright whose work was much admired by the young James Joyce.