Nobody can do it better.

No performing group – through sheer choreographic creativity, inspired costume design and amazing, gravity-defying acrobatic agility – can transport an audience into the imaginative world of fantasy than Cirque du Soleil.

This Canada-based tour de force is doing for the theatrical arts what computers have done in creating virtual realities – providing a veritable feast for the eyes, indeed for all the sense. 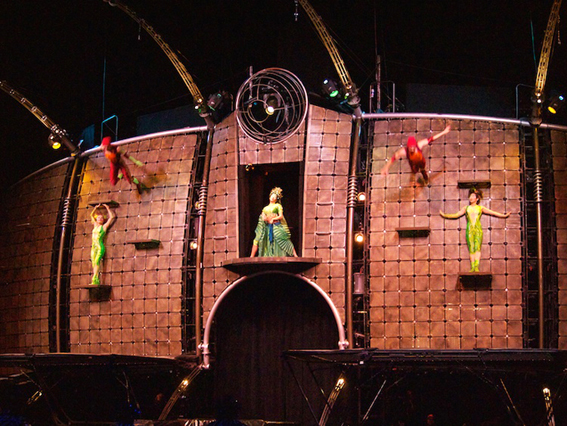 And there’s no finer show that displays the group’s astounding talents than ‘Dralion,’ a hybrid word derived from ‘dragon’ and ‘lion,’ emblematic symbols of the East and the West, which is the overriding theme of the 90-minute show, now on tour in Europe, with upcoming performances at the O2 venue in London between June 4 to June 8 before going to Manchester. 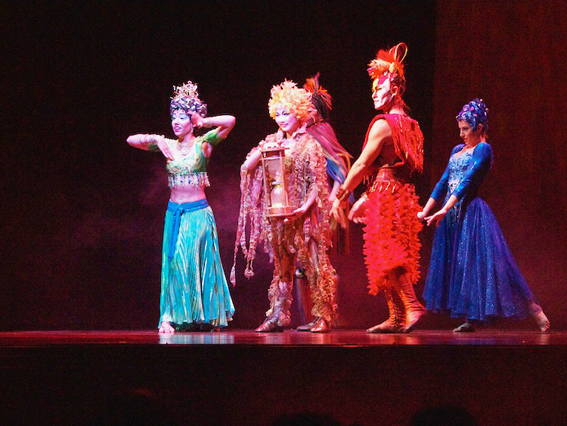 Utilizing the 3,000 year-old tradition of Chinese acrobatic arts, Dralion draws its inspiration from Eastern philosophy and its never-ending quest for harmony between Mankind and Nature.

In the show, the four elements that govern the natural order take on human form. Thus embodied, each element is represented by its own evocative color: air is blue; water is green; fire is red; earth is ochre. In this highly-creative world, cultures blend, Man and Nature are one, and balance is reached. All this is achieved through a medley of unique individual and group performances including a quartet of clowns (immensely humorous and a frequent factor throughout the show); female dancers displaying flair and panache representing the four natural elements; a strong, agile Dilinuer Kadier who achieves superb feats balancing on her hands; an athletic Chinese group who conduct fast, richly-choreographed movements using bamboo poles; juggler Vladimir Pestov; a five-member trampoline team which accomplish dizzying routines that leave audiences wondering how they don’t crash into each other as they pass in mid-air walking up vertical walls; and the serene and graceful Jonathan Morin who effortlessly displays his prowess on a crossed wheel, a veritable Vitruvian man. Interested in romance? Then the ‘aerial pas de deux’ act is perfect. A female performer descends elegantly down fluttering velvet drapes from high above in what looks like an alien spaceship to clasp her waiting amour below in a passionate acrobatic embrace.

Accompanying music, performed live by six musicians and two singers, derives from a series of multinational influences – Indian, Andalusian, African, as well as Central and Western European. To highlight even more the enchanting world created, the show’s vivid costumes form unique characters of their own. Highlighting the effort that went into creating them, over 5,000 meters (16,000 feet) of material sourced from all corners of the globe, including China, the United States, Italy, France, England, Australia and Canada, with much of the fabric hand-painted or hand-dyed. 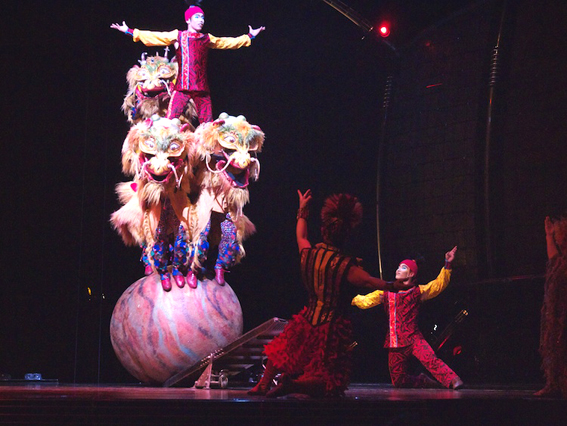 Even though ‘Dralion’ premiered in 1999 it has withstood time well, with more than fifty international performers mastering gravity and rhythm to provide entertainment excellence.