Entering the spacious entrance hallway of 19th century Temple House in Sligo, Ireland it’s hard not to think of the antics of Oscar Wilde’s friendly phantom in his hilarious short story, ‘The Canterville Ghost.’

But there is no ghost at this Georgian manor and while that may disappoint some readers, there is little else to disappoint during a stay here, snug among its vast array of centuries-old furnishings.

Cream on the cake of what is akin to an Irish-style Downton Abbey experience is the property’s illustrious history including the ruins of an authentic 12th century castle built by the mysterious Order of the Templars plum lakeside amidst more than a thousand acres of rolling pasture where hundreds of sheep graze and gambol.

Entrance to this former Anglo-Norman stronghold, not surprisingly, is along a sweeping, avenue lined by native oak, beech, ash, holly hazel, and other broad-leaves, that ends at a pebble-strewn parking lot right beside the main entrance door, with an intriguing wooden sculpture of a witch atop a nearby grassy knoll.

Artefacts in the entrance hall, which features a colourfully-tiled floor, help convey the distinct sense of a bygone age: stuffed birds in a glass case, mounted fish above a marble mantelpiece, a piano and a big open fireplace. Shells of various kinds line shelves and stag heads hang from the walls. Indicating the manor’s location in rustic, rural Ireland, pairs of Wellington boots stand in a row, all for guest use while walking the grounds. 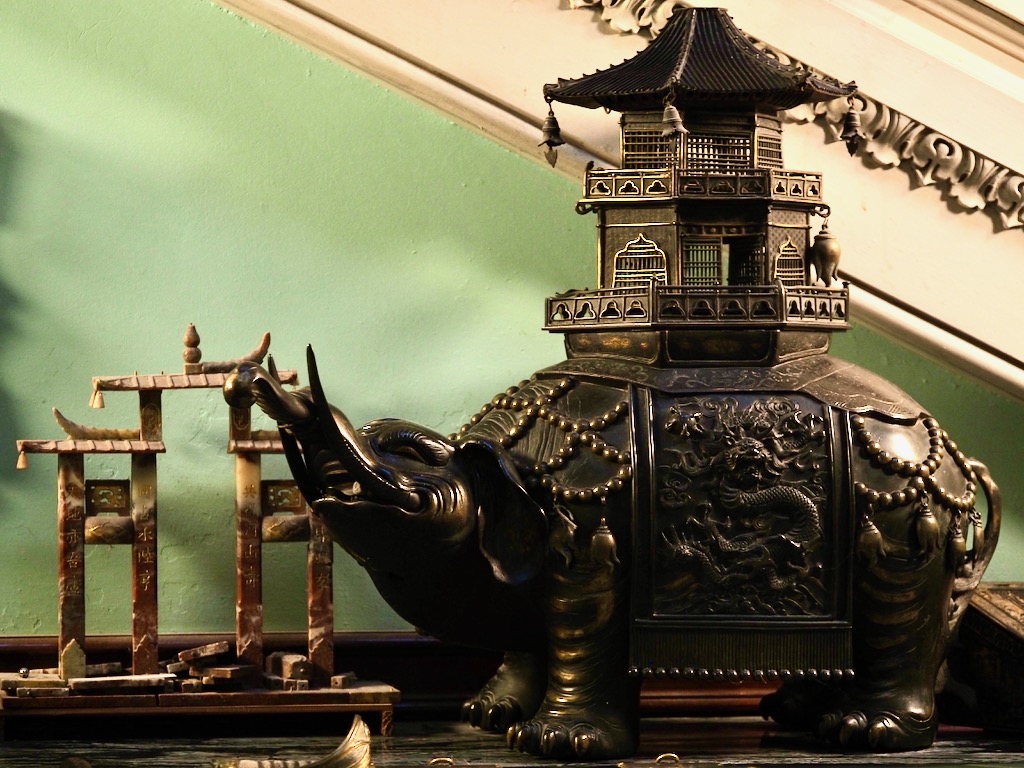 Beyond, on the ground-floor, are the dining-room, kitchen and drawing-room, all festooned with an impressive array of eclectic furnishings ranging from magenta striped divans and porcelain Chinese vases to silver candelabra, tapestries, a vintage rocking horse, 18th century gilt-framed paintings, decorative candle sniffers, swords and vintage lamp-stands. There are even ornamental frogs in a glass case, which look extremely lifelike, so much so that one guest asked if they were. A veritable treasure trove of antique goodies.

A winding staircase leads to the bedrooms, of which there are seven, soon to be expanded to 10, plus a self-catering cottage nearby that sleeps eight.

Ours was enormous, with a four-poster bed, oval-shaped portraits along the walls, an open fireplace with a marble surround, aquamarine-colored drapes with a floral design, and pull-cord, separate shower and bath, and a 500-year old portrait of an officer of the Spanish Armada. Adding a touch of amusement, there was also a marble bust of a man, with a bowler hat on his head and a line of different hats above the wardrobe. 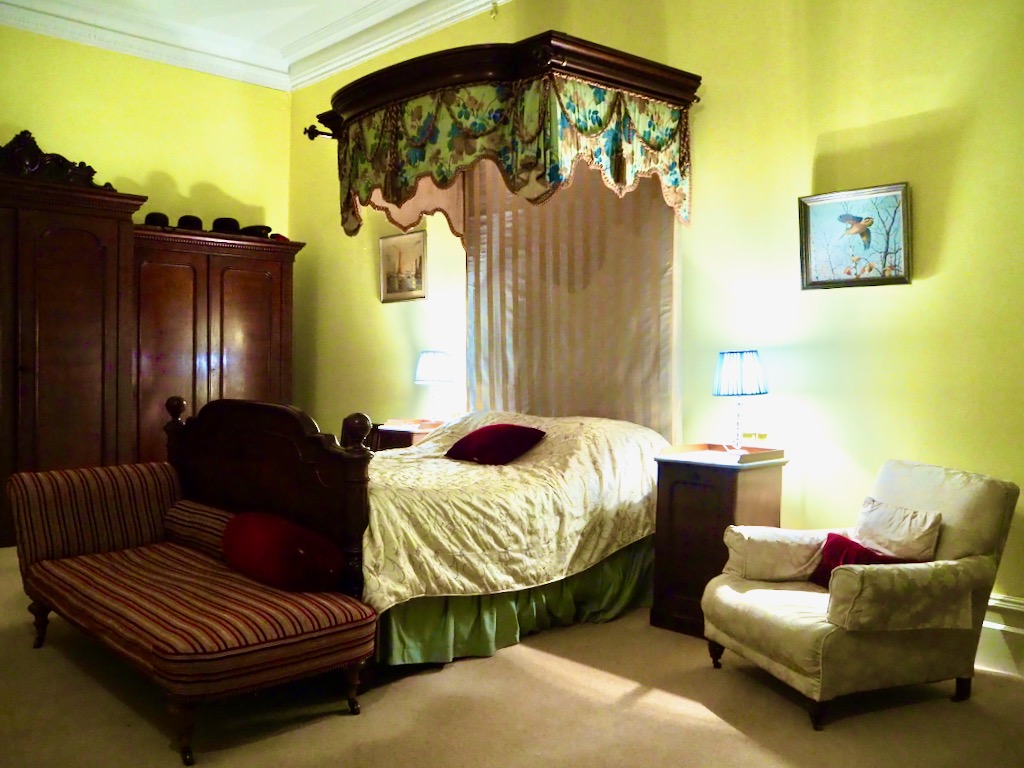 The history of Temple House is a chequered one. It has been home to the Perceval family for over 350 years, with family legend stating that one ancestor was Sir Perceval, one of King Arthur’s fabled Knights of the Round Table.

Owner and manager, Roderick Perceval, said Ascelin Goval de Perceval defended his castle of Yvery in Normandy in 897 and, a few generations later, a Perceval helped to invade England with William the Conqueror. In the 16th century, a family member was granted land in Ireland as reward for his services to Queen Elizabeth I and a descendant of his married Mary Crofton, heiress to the lands of Temple House. With a short, but significant, break in the 19th century, the Percevals have owned the property since then. 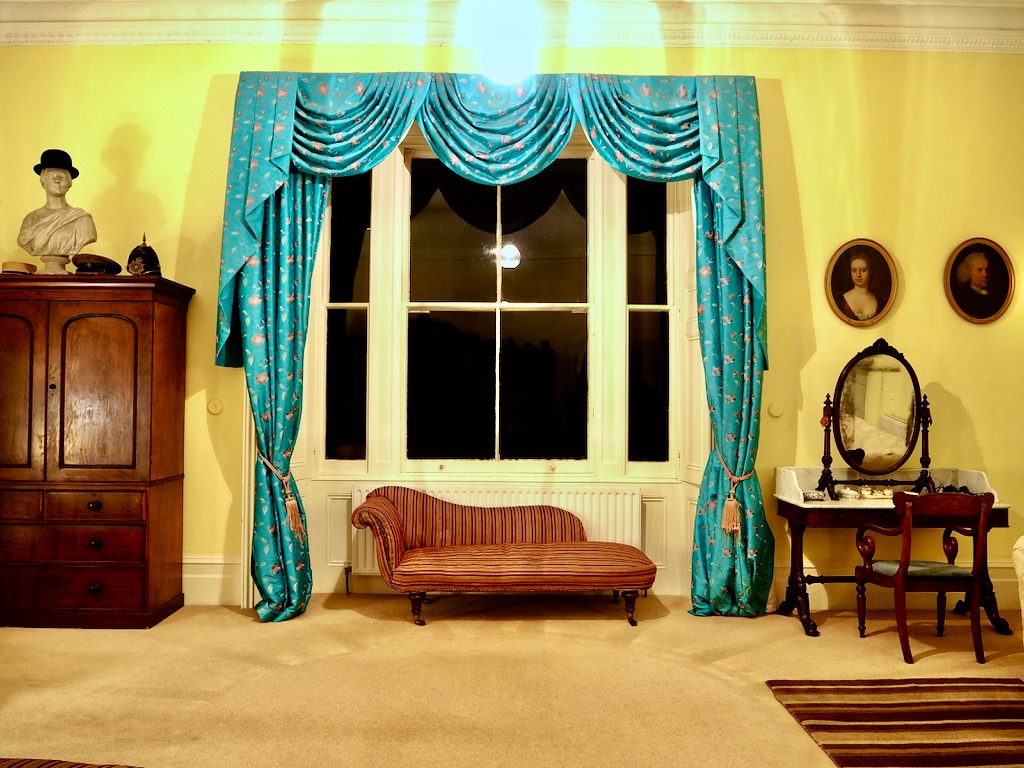 As for the ruined castle in the grounds, the Pope and the King of France owed so much money to the Templars, they decided to disband them in the 14th century rather than pay-up, after torturing and executing their leader in Paris. The castle here by the River Owenmore was then granted to another order of Crusaders, the Knights Hospitallers.

Aside from long countryside walks, guests can also boat on the mile-long lake and fish for pike, or – in season – shooting for woodcock.

Behind a sheltered walled garden grow vegetables for the kitchen, as well as apples, plums, pears and figs, and in spring and summer acres of bluebells, rhododendrons, ferns, heathers or lichens and many different fungi.

Guests can enjoy miles of walks through an EU Special Area of Conservation surrounding the lake with rare wet woodlands, with many trees covered in stags horn and other lichens, honey suckle, thickets of wild raspberries or banks of red or white alpine strawberries in season. Further afield are Scots pine forests with bilberries, mountain ash and wood anemones.

Guests eat dinner together at a large banquet-style table, gathering beforehand in the sitting-room for pre-dinner drinks. While there, I met a nurse, an IT expert, an animator and a librarian.

Dave Mullan, who has been chef at Temple House for the last two years, served up a very tasty dinner consisting of a starter of oysters tempura with nori seaweed followed by eel with crispy shaves of jerusalem artichoke and two interpretations of beef: slow cooked for 24 hours, then glazed with a red wine reduction and a bonbon stuffed with shin shredded bits. 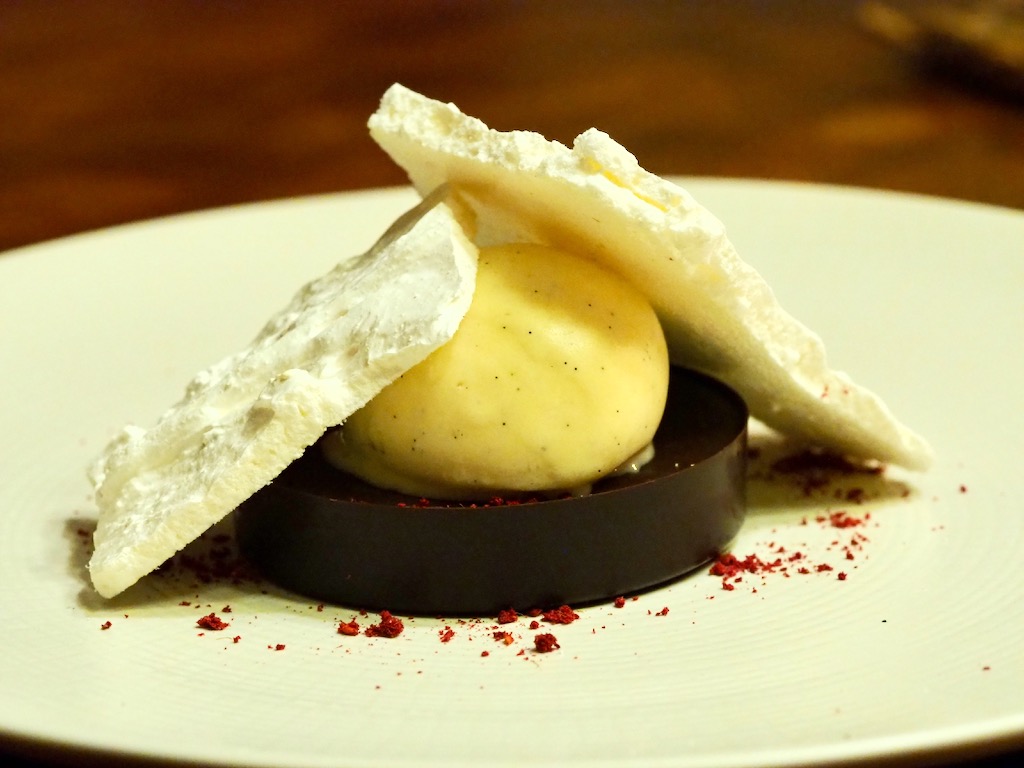 While Temple House is firmly ensconced in surrounding countryside, interesting sights are not far away including hill walking on Knocknarea and Ben Bulben, golf, with three course nearby, horse-riding, megalithic tombs galore, beaches at Strandhill, and even visiting the grave of Ireland’s national poet, W.B. Yeats at Drumcliffe, all easily within an hour’s drive. 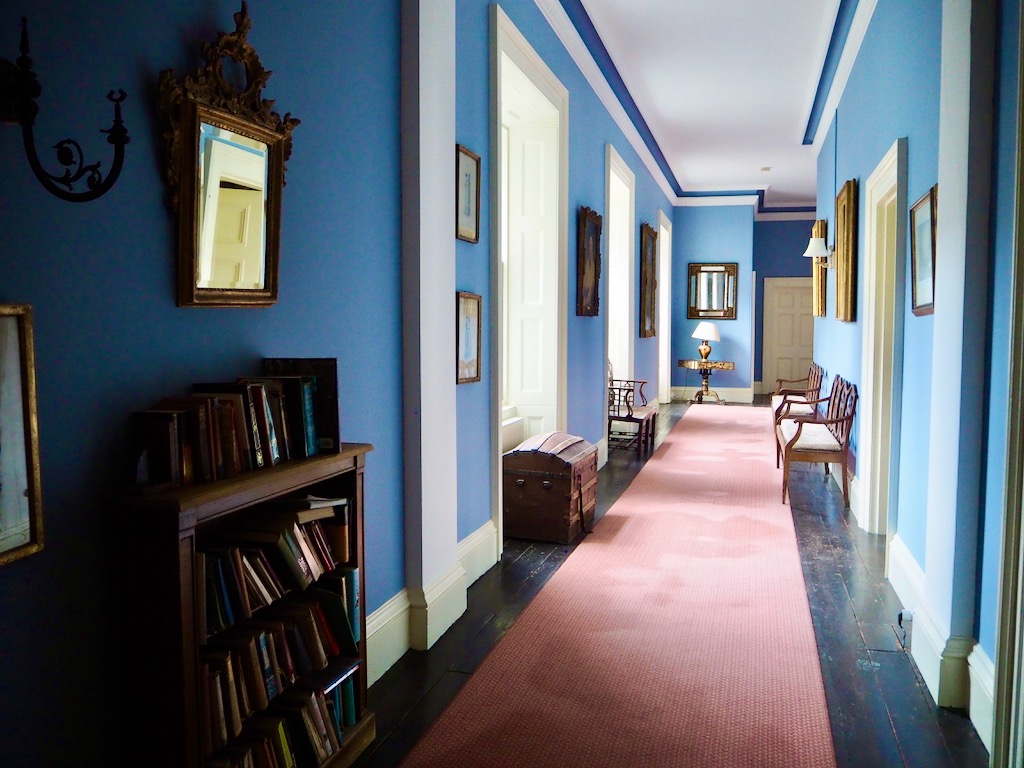 Nestled deep in Irish countryside and boasting an authentic history as an ancestral home for centuries with an array of vintage artefacts to prove it, Temple House offers a rare glimpse into the past.