With soft, smooth sand underfoot, leafy willow branches dangling from above and the caressing sound of the sea nearby, Papa la Soni is one of the most iconic attractions on Romania’s Black Sea coast.

Aside from its rustic ambience and beach-side location, the heart and soul of this well-known restaurant and music center is its owner, Transylvania-born Sanyi Padurean.

With his long-hair, piercing eyes and rambling gait, Sanyi, aged 55, would not be out of place in Venice Beach California in the laidback hippie era of the 1960s.

Instead, every year, this likeable entrepreneur prepares months in advance to line up some of the best national bands to entertain his guests at Vama Veche (Old Customs House) several miles from the Bulgarian border. A resort considered to be the most bohemian of all resorts along the meandering Black Sea coastline. 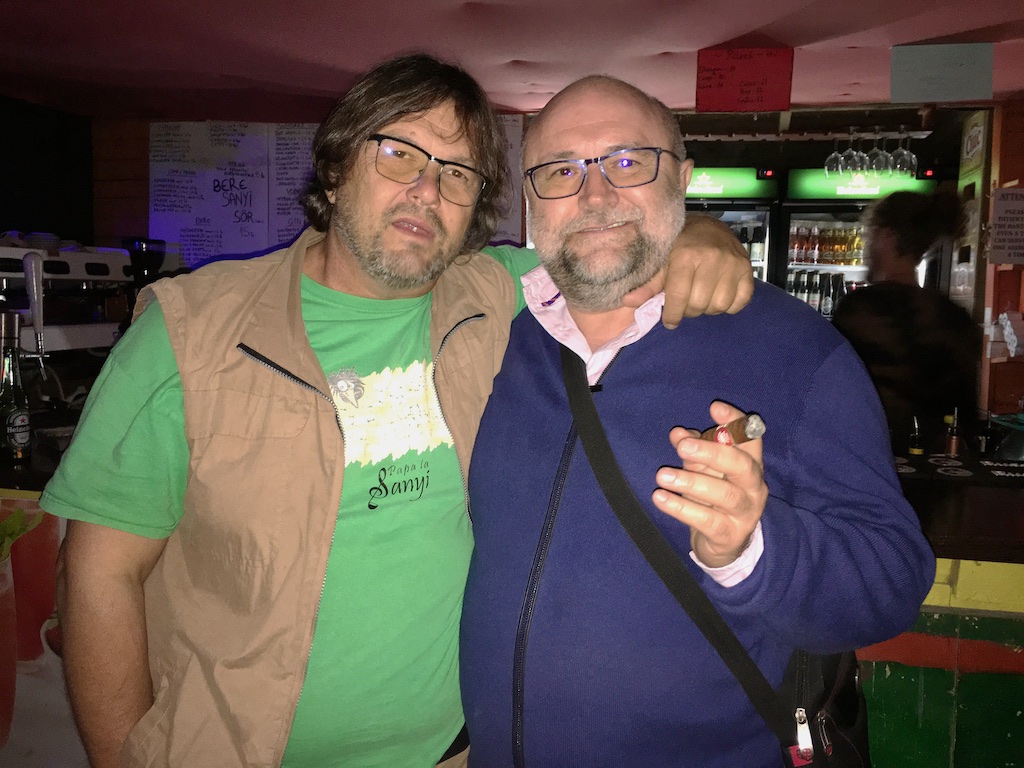 From hard rock to traditional folk, from jazz to pop, Sanyi attracts top groups to the club he first established in 1999. On average, he hosts between 30 and 40 concerts a year, from May to September. This weekend is set to be a superb musical extravaganza with exciting bands such as Bosquito and Nightlosers playing.

The various bands are chosen not to please massive crowds but for those who truly appreciate good music and the efforts Sanyi has made to create a warm, welcoming atmosphere and an enjoyable night out for both friends and family.

Another key reason for setting up in Vama Veche, which features naturist beaches, is that Sanyi himself has been a naturist for a long time, as are his parents. “I like the sense of freedom being naked gives,” he said simply.

While the lively concerts at Papa la Soni are a major attraction, it is the consistently high quality of the food that brings clients back time and time again, cooked under the watchful eye of Sanyi himself and experienced chefs such as Razvan Cucui.

Dishes range from basic eggs with spinach to traditional Hungarian and Transylvanian meat dishes such as succulent goulash.

“My menu is mostly based on food my mother cooked for me when I was growing up,” said Sanyi. “When I turned my dream into reality by opening my restaurants, I felt these recipes would provide the best culinary experience I could offer people.” Sanyi will also launch a catering business in Bucharest this autumn.

“The food is both tasty and authentic,” said Adrian Miholca originally from Maramures and now head of international co-operation and external financing department at Posta Romana. “Ingredients are fresh with Sanyi taking a personal interest in crafting every dish. And it’s cooked in open kitchens for clients to see, often in huge cauldrons.”

Miholca added, “Being a jovial, gregarious personality, Sanyi himself brings a sense of friendly informality to his Vama Veche restaurant. After speaking with him, some clients do not even realize he is the owner.”

While some visitors, including those who come every year, say Vama Veche still lacks many of the proper facilities such as decent bathrooms, roads and walkways that should have been developed long ago, Papa La Soni remains one of the main reasons holiday-makers still come to the resort.

Such passion and spirit embody an evening of music at Papa la Soni.

Radu Morarescu, who returned to live in Romania from London and is a long-time aficionado of the down-home quality of Papa la Soni, said about Sanyi, “He is one of the founding fathers of the concept that Vama once represented – freedom, inspiration, a sanctuary from the crassness of modern life.”