So engrossing is Belfast Lyric’s production of ‘A Streetcar Named Desire’ the show’s three hours passed swiftly as a fine blend of quality script, excellent acting, well-chosen mood music and creative set design swept me into the threatening world of the American South in the New Orlean’s Latin Quarter. 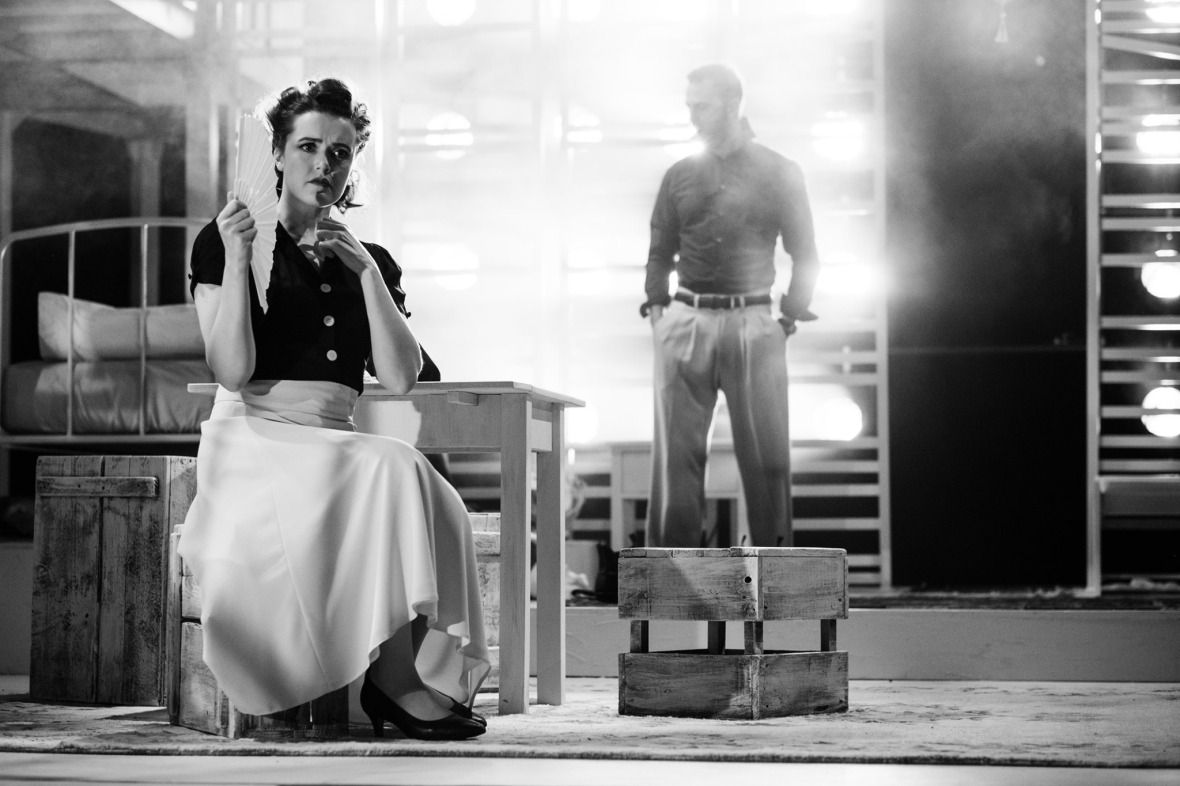 First intimation about the nature of the play is that central among sparse props in the opening scene is a dining table with empty liquor bottles, hinting at the alcohol-fuelled tension that permeates this 1947 award-winning play by the Mississippi-born writer.

Revolving around neurotic Blanche, played exceptionally by Aoibhéann McCann, the story reveals, with slowly rising tension, the broken nature of people, their relationships and the inner demons they face. Outwardly confident Blanche, initially appearing prim and proper, cultivates a web of deceit with high-sounding phrases and mannerisms, but ultimately her true self becomes apparent and she is forced to face up to the grim reality of her life, the sad underlying cause of which becomes clear as the play continues. The tragedy that haunts her arouses empathy and while her lies frustrate, there is also something admirable about her. She’s a woman who – in a time and place where women were often treated as mere chattel – pursues independence and is not afraid to stand up to the brutal men around her. A lonely figure in so many ways, on the periphery of society, Blanche’s isolation in some ways perhaps reflects that of Williams’ himself, a gay man living in deeply conservative Mississippi. Ironically, it’s Blanche’s condemnation of a person’s sexuality that is at the heart of her troubles.

Meanwhile, her ever-patient sister, Stella, played by Meghan Tyler, remains torn between her dictatorial, violent-prone husband, Stanley, and her love for Blanche. In the end, is her situation that much better than Blanche’s?

Kudos go to Mark Huberman who plays Stanley with raw chauvinism and unbridled, explosive intensity and a brooding that at times mimics mere animalism. Such is the vulgarity that often permeates his behaviour and self-deceptive traits that permeate Banche’s, even Mitch, Stanley’s likeable side-kick, who yearns for love and loyalty, is deeply affected. Played wonderfully by Seamus O’Hara, this sincere, simple character ends up like others, sullied. 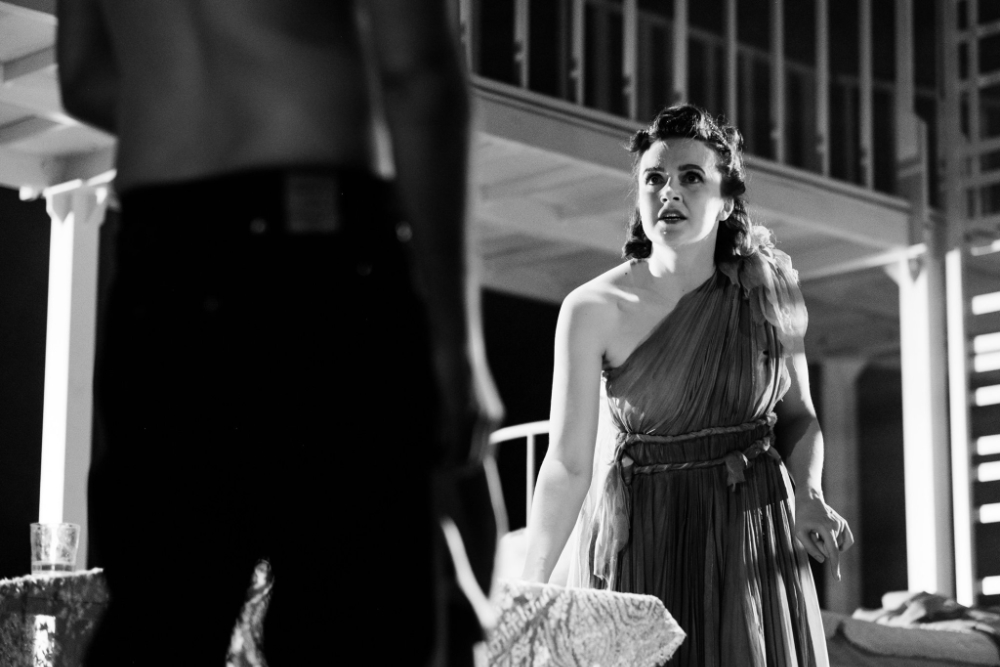 An important element of the play is Carl Kennedy’s excellent choice of music, including such scores as ‘It’s Only A Paper Moon,’ which enhances key moments in the play and maintains the overall sense of rising tension throughout.

High praise to director Emma Jordan for an enthralling evening of entertainment, a theatrical production summed up best by an insightful review by Cathy Brown for ‘No More Workhorse’ as the ‘pitting of refinement against violence and passion against propriety.’