Florida’s Disney Resort, a palm tree in Fiji and an oil spill in the Gulf of Mexico – ideas for songs and tunes often emerge from the strangest of circumstances as a packed weekend audience at the Millennium Forum in Derry learned during the final concert of the TransAtlantic Sessions tour. 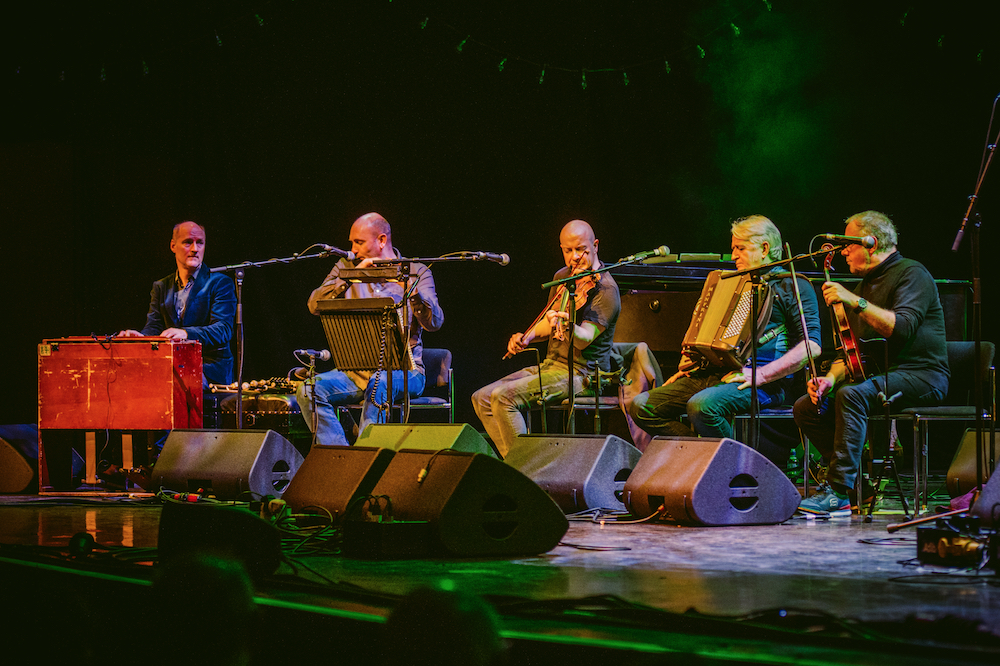 A musical concept that began as a television series 25 years ago, the tour is billed as a blend of Irish, Scottish and American folk and an impressive 16 performers, including five singers, took to the stage from places as varied as West Virginia, the Shetland Islands and Nashville, Tennessee.

First up was Scotland’s guitarist-singer Paul McKenna performing one of his own compositions, Long Days, about what he described as a most unhappy experience as a musician at Florida’s Disney Resort, the writing of which, he says, helped cheer him up and ease his homesickness. He followed this with his version of the classic Irish ballad, The Banks of the Moy, a soft, lingering tribute to Michael Davitt, a 19th century agrarian campaigner and labor leader who founded the Irish National Land League. 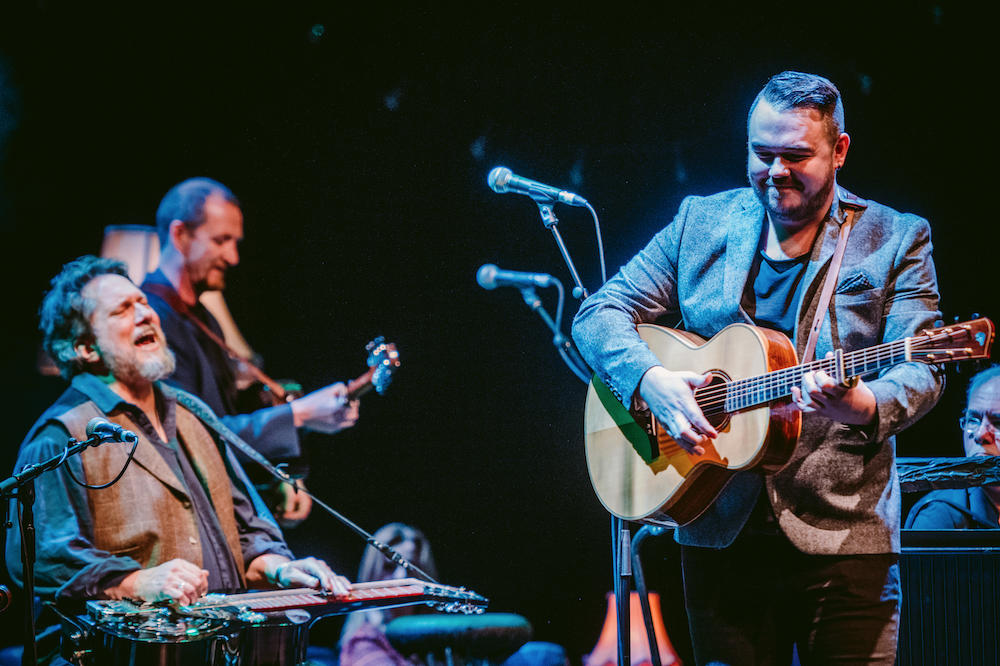 A catchy tune about a palm tree in Fiji provided one of the most amusing introductions of the evening, with multi-instrumentalist Tim O’Brien from Wheeling, West Virginia explaining that he wrote Keith In A Palm Tree upon hearing (mistakenly) that Rolling Stones’ guitarist, Keith Richards had cracked his skull on the island after falling out of such a tree. One half expected lovely gyrating dancers in grass skirts to emerge stage left.

Tim also sang the lead track from his album Where the River Meets the Road which recounts the journey of an Irish emigrant to the ‘eastern bank of the Ohio.’ 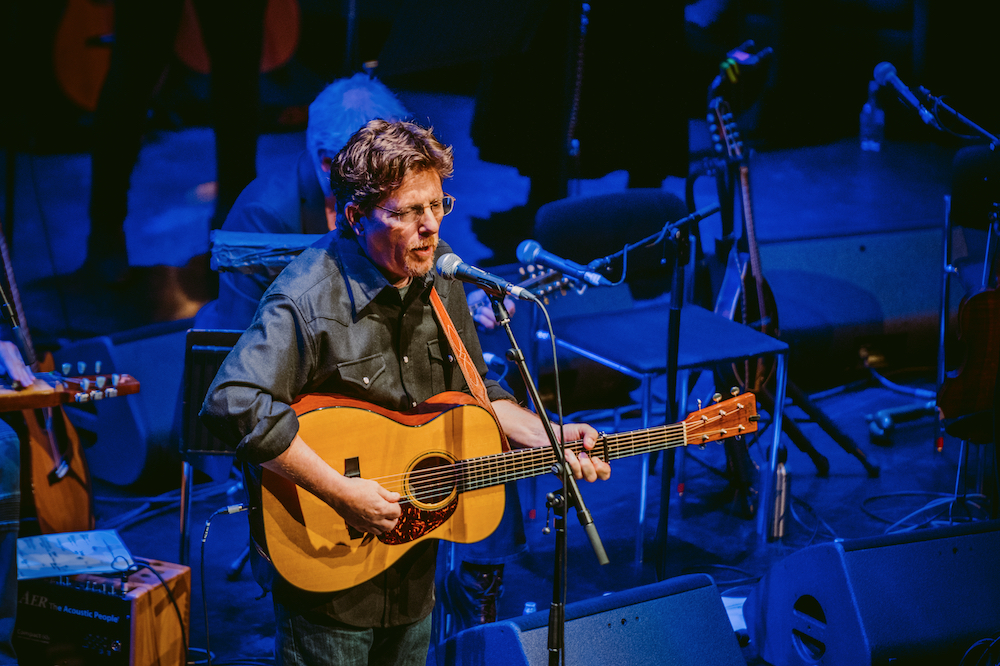 Molly Tuttle, in her mid-20s and the first woman to win the International Bluegrass Music Association’s Guitar Player of the Year Award, in 2017, then again last year, introduced her set with a forlorn love-lost ballad, Million Miles. Then demonstrated her ample skills on the strings by playing claw-hammer style, a style normally associated with the banjo.

Warmest reception of the evening went to Derry-born Cara Dillon  who sang a  dirge entitled Sailor Boy, a woman’s lament for her lover lost at sea. A special treat for the home audience with loud encouraging cheers was her soft rendition of The Banks Of The Foyle about her native Derry. 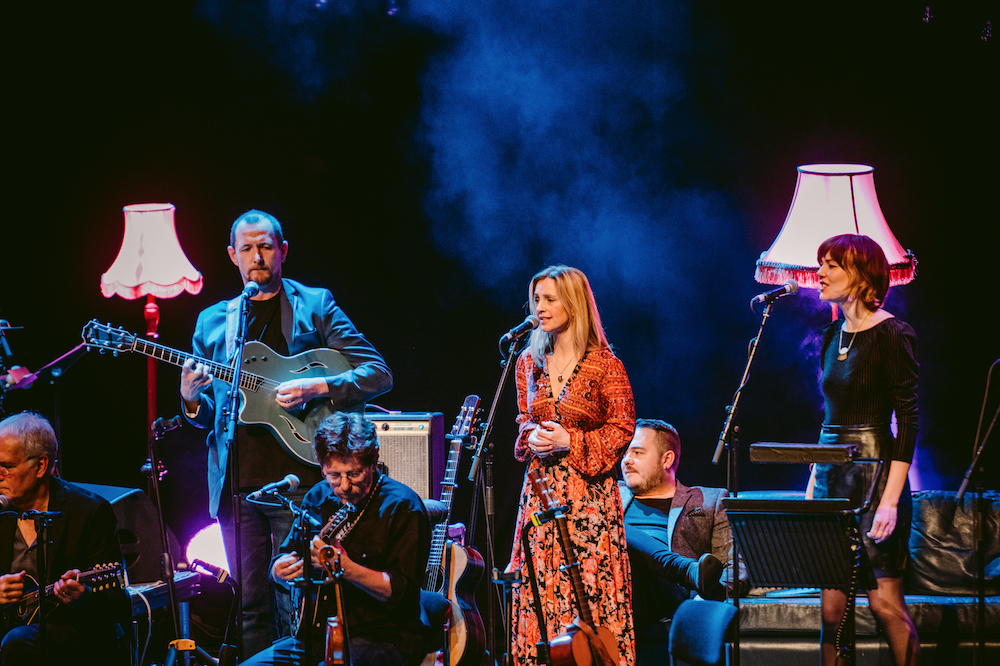 Such is the lyric-writing success of New York born singer, Gretchen Peters, she was inducted to the Nashville Songwriters Hall of Fame four years ago. Her talent for telling universal truths was reflected in her rendition of The Matador, a metaphor for life and love, which abounds in powerful, punchy lines such as ‘I bound his wounds, I heard his cries, I gave him truth, I told him lies.’ 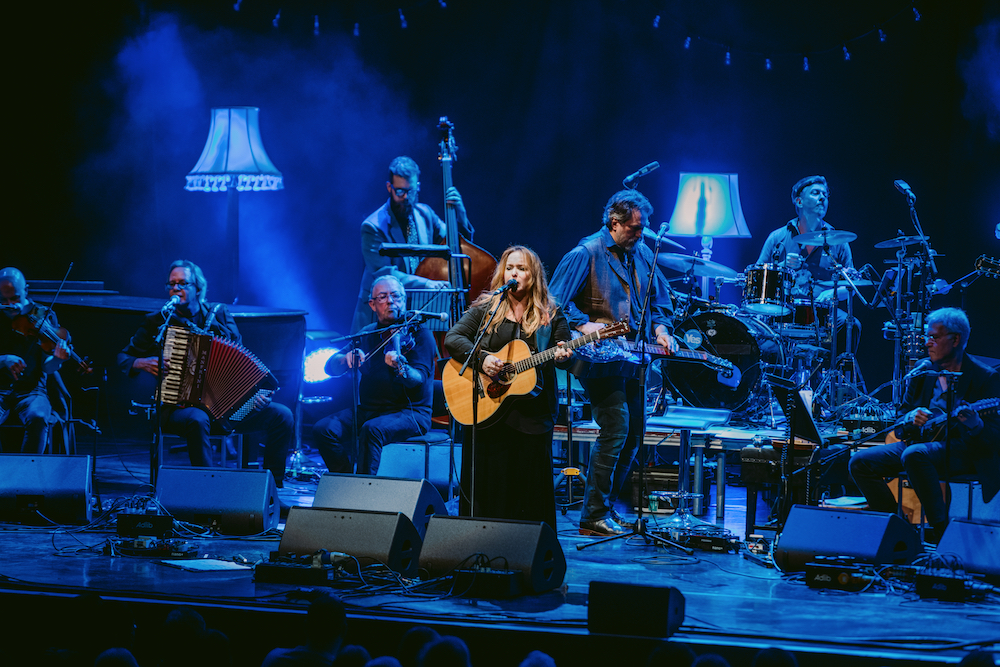 Displaying empathy for characters in her songs, she introduced Black Ribbons, which she wrote with Matraca Berg and Suzy Bogguss for her double AMA Award-winning album, Blackbirds, as emerging from stories she heard after the BP Oil Spill in the Gulf of Mexico eight years ago, about people whose lives were destroyed, some later committing suicide.

Instrumental highlight of the evening for me was a moving tribute by accordionist Phil Cunningham to Liam O’Flynn, former uilleann pipe player with Planxty.

Credit goes to the fine backing musicians throughout the two-hour-plus concert, compère and dobro maestro, Ohio-born Jerry Douglas, who has recorded an impressive fourteen solo recordings, as well as a group of musicians from Scotland, including Donald Shaw, a founding member of Capercaillie. Their foot-stomping reels interspersed well with the soothing ballads.

Reflecting the homey, communal nature of the performance, aside from floor lamps, couch and coffee table at the rear of the stage, guest singers also contributed their vocal harmonies to great effect in support of each other.