The world’s longest serving national bank governor and his talented architect son have shown how to transform passion into profit, as well as illustrate the success of a close partnership with the European Union.

After 13 years of hard work, dedication and perseverance, Romanian National Bank Governor Mugur Isarescu (70) and his son, Costin, 31, stand literally on the brink of immense success – in the specialized fields of viticulture and oenology, as both wine-making shareholder and company general manager respectively.

Having fun while enjoying some wine-tasting with Governor of the Romanian National Bank, Mugur Isarescu (l) and his son, Costin.

Having developed a 46-hectare vineyard just outside the historic Romanian town of Dragasani in Valcea County, Oltenia and an adjoining, elegant conac (traditional country house), Casa Isarescu, the father-and-son team will enjoy over the coming weeks the installation of four new 20,000-liter and ten 3,000-liter tanks, as well as their vineyard’s biggest ever harvest – with Mugur, by tradition, having conducted the first threshing. The hill-top complex also includes a restaurant offering stunning views over neighboring countryside from its spacious terrace and an outdoor wood-fired pizzeria, a comfortable wine-tasting room, as well as attractive vintage cars parked in the driveway. 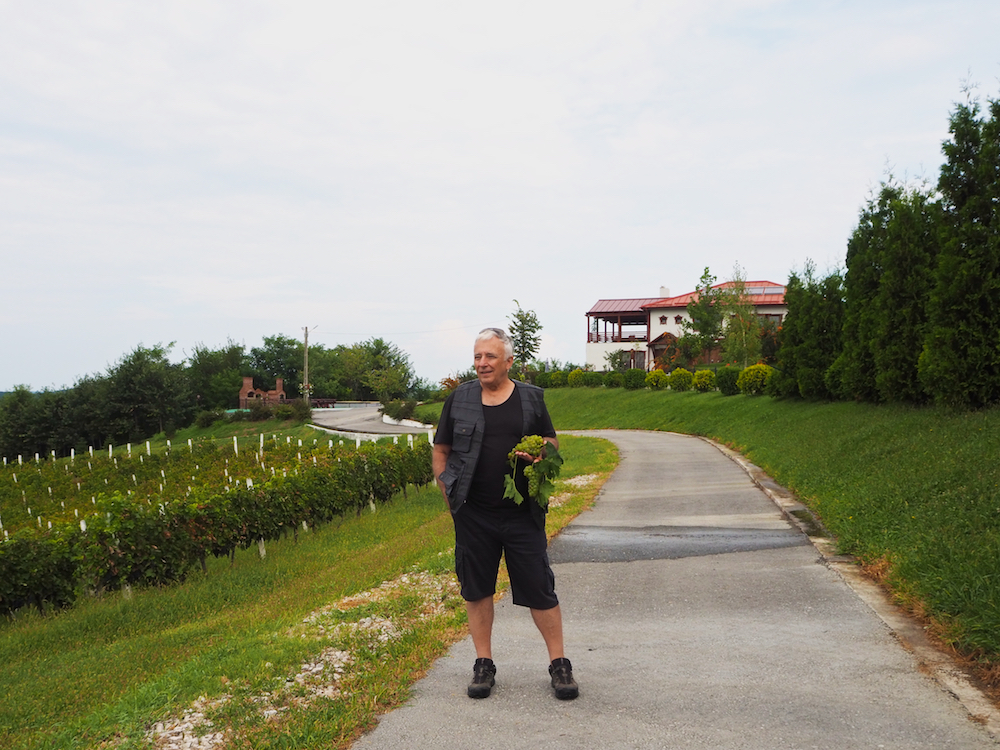 Governor Mugur Isarescu surveys proudly what he has accomplished so far – a family legacy dating back over a century.

Purchase and installation of the new tanks costs around 200,000 euro. The vineyard already has six 7,500-liter tanks, six 5,000-liter, four 6,000-liter ones plus four 7,500-liter winemakers. This expansion reflects the growing success of their combined venture, both in terms of quality and quantity of grapes and wine. 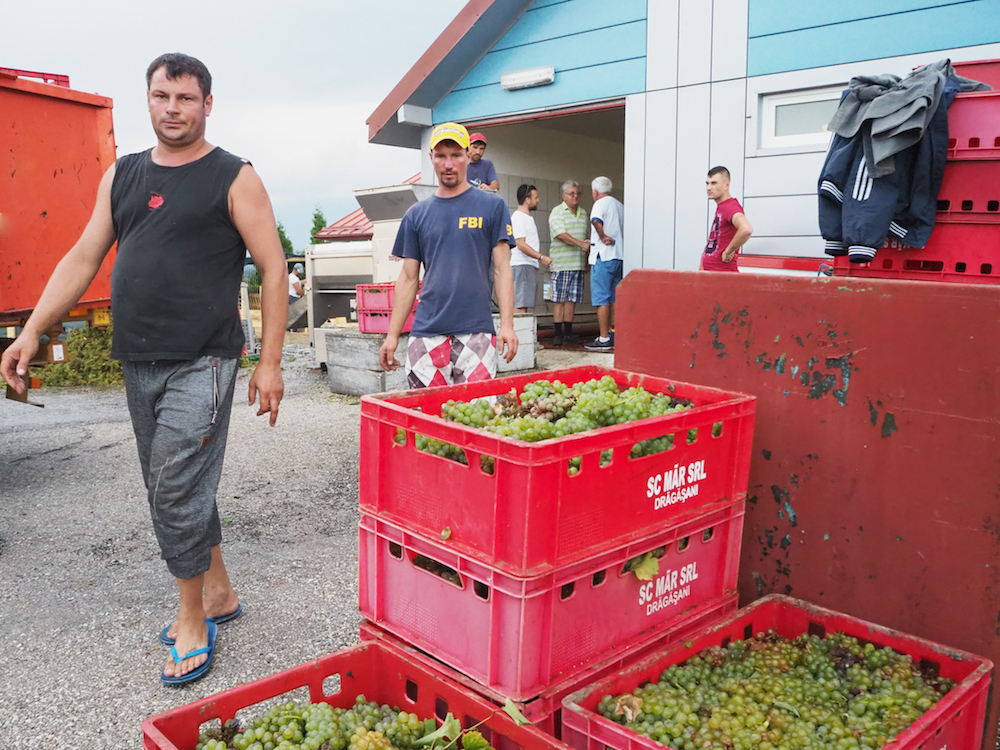 Hard-working, well-managed staff mean Casa Isarescu stands as a model of efficiency in the wine-making field.

The Isarescu family have invested more than four million euro of their own money in the venture, together with one million euro in additional funds from various specialized European Union programs. With 50 per cent from family savings – the Isarescu family have re-invested all profits back into the project and have not taken any dividends whatsoever – and a matching amount from EU funds, reconversion was conducted, meaning extracting the old vines and planting new ones while 75 per cent from family funds and 35 from the EU went into technology processes, such as a larger press, chillers for vinification and tanks. About 15 per cent of total EU funding was used to renovate the conac, at a total cost of about 200,000 euros. 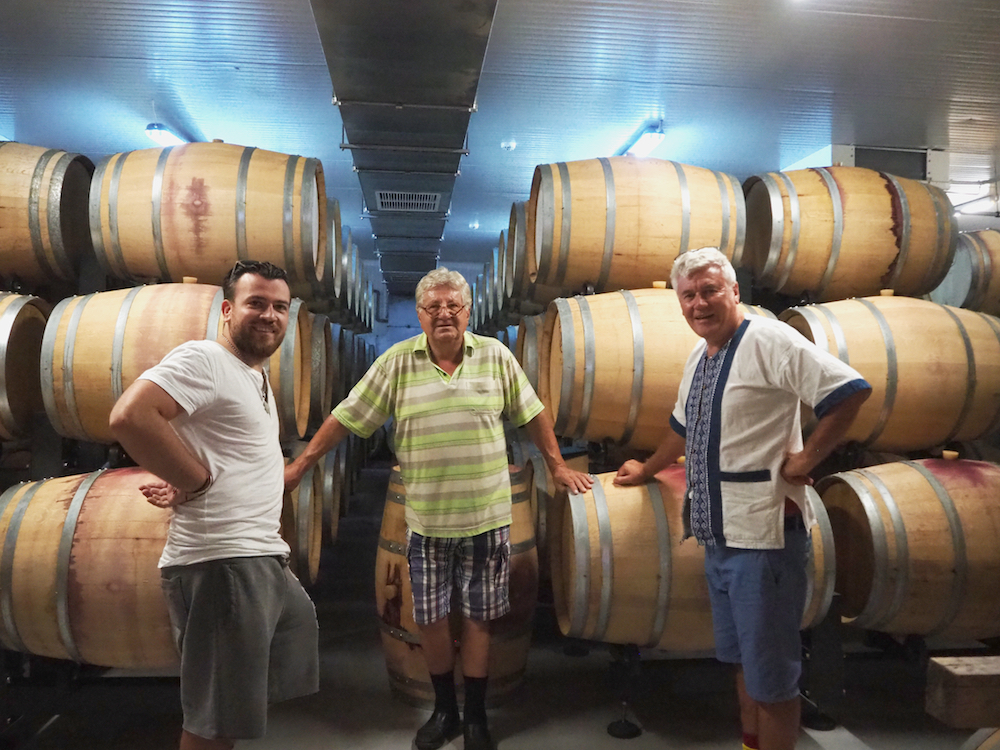 ‘Druid’ of wine-making, experienced enologist, Cristi Nicolaescu, conveys some of his secrets – but by no means all – to Costin Isarescu (l) and Yours Truly.

With such a funding system, Casa Isarescu stands as a model example of how EU monies, linked to skilled entrepreneurship and private investment, can create social and economic benefits, especially important in a marginalized rural area of Europe such as Oltenia. The Casa Isarescu project, for example, generates positive employment. Aside from all the jobs created during the actual building of the main super-structures, around 20 workers are employed full-time year-round and up to 40-42 more part-timers during harvesting.

He may be the most powerful man in Romania, admired by many in-country and abroad, but there is no arrogance about National Bank Governor Mugur Isarescu – he’s well-liked by staff and management alike.

“Despite the fact that overall Romania has not absorbed enough EU funds, some sectors have absorbed more than others, especially in the agricultural sector,” Governor Isarescu said. “Reconversion of vines has been an absolute success countrywide, not only with us, the absorption of funds being a perfect 100 per cent.”

Christi (l) Yours Truly and Costin (r) have a go at nibbling.

Reward for Mugur and Costin for their dedication? Over the coming weeks as harvesting continues, they will reap the biggest crop ever, due in part to a rainy July and, of course, precise attention to detail by staff and management. Growth has been impressive at Casa Isarescu. Production has consistently increased over the years, doubling this year, with more than 300,000 kilos of grapes creating around 210,000 liters of wine. Depending on the grape and other factors, of one kilogram of grapes, 70 percent will be wine.

“It has been a challenging process to develop the vineyard, but an immensely satisfying one,” recalls Costin Isarescu, who designed the conac, restaurant and pizzeria, and helps oversee activities in the vineyard.

Meanwhile, as ‘Operation Isarescu’ moves full-steam ahead, Mugur – a septuagenarian immensely proud of his nation’s art, culture and traditions – looks back on the beginnings of the project and his goal of highlighting his proud family background and wine-making legacy.

Among the leaves and grass, history awaits.

“Much of this vineyard dates back to the time of my grandfather,” he said. “My father used to make seven hundred liters of wine for family and friends.”

Documents, photographs and historical records reflect the proud legacy of the Isarescu family.

Fortunately, Mugur’s father lived to see the early developments of Casa Isarescu, sadly passing away a year after the project had started.

Showing me around their impressive estate a week ago, the Isarescus introduced me to key staff members such as Cristi Nicolaescu, an experienced enologist, who described in great detail how fermentation is under totally-controlled temperature, 14 degrees for reds.

Around 90 percent of the 400 barrels housing the Isarescu wine is made by Romanian company, ‘Transylvania Bois,’ located in Sighetu Marmatiei, where they import oak and assemble the barrels. The Isarescu family use the barrels for aging red wine up to two years, depending on the variety and type of oak the barrel is made from.

Casa Isarescu: a charming and unique place where music, art and culture sit comfortable with fine wine and food.

A highlight of Casa Isarescu vineyard is the unique Negru de Dragasani grape, developed in 1972 at the town’s former research station. It emerges from the crossing of local grape, Negru Vârtuos, with Georgian variety, Saperavi.

The Devil is in the Detail. But it takes a Good Man to find it.

Breakdown of overall investment at Casa Isarescu makes for interesting statistical reading. Almost five million euros have been invested so far. Seventy per cent of the investment has been in equipment. Renovating the conac itself cost around 400,000 euro, half being family money and the other half being EU money, and one other main multi-functional building, including the wine-tasting room and cellar, cost 200,000 euro.

Several options for dining await guests at Casa Isarescu: an indoor restaurant, an outdoor terrace or a wood-fired pizzeria.

Reflecting their impressive knowledge of viticulture and oenology, Mugur and Costin explained how vines pick up nearby scents and incorporate them into the taste of their grapes, which in turn infiltrates the various wines, and how there are around 1,000 different ingredients in wine. 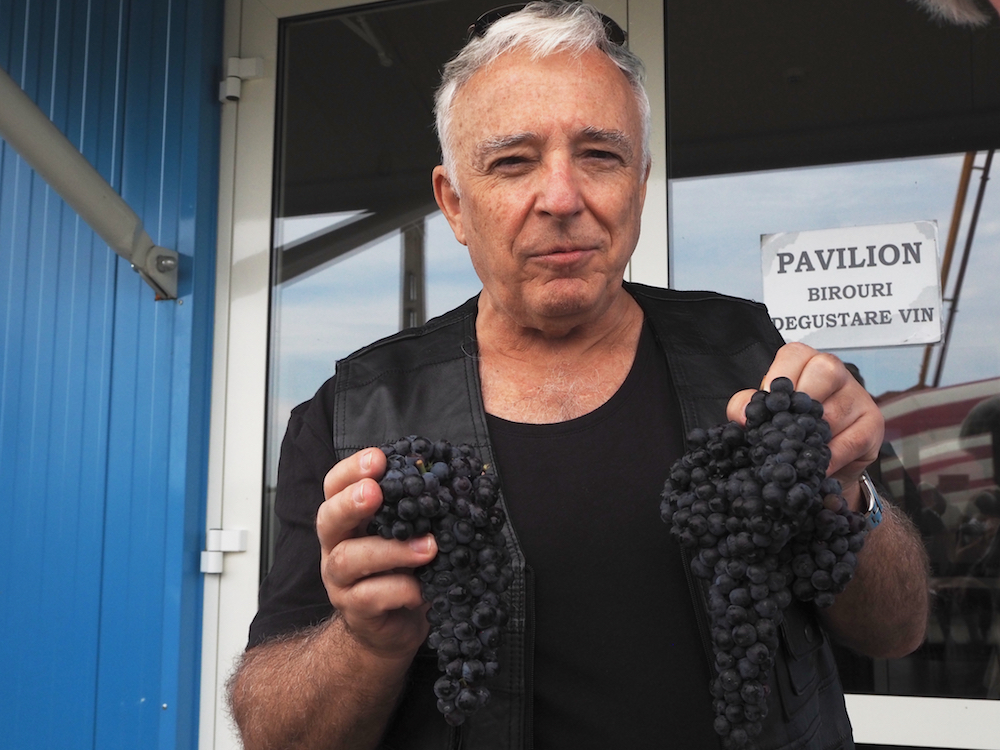 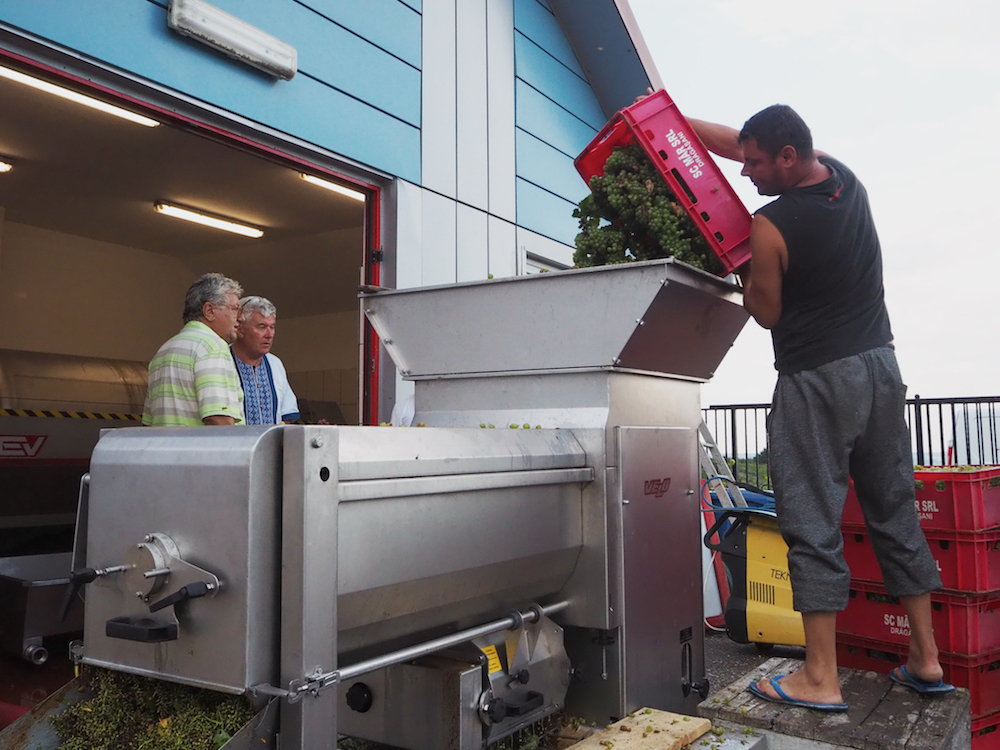 Grape harvesting is now in full swing at Casa Isarescu.

To encourage us to take more wine – as if we require any such encouragement – Costin reminds us, “Scientific research has shown that one glass of red wine is equivalent to one hour in the gym.”

A place of bucolic tranquility.

Ninety percent of vines at Casa Isarescu are new, with 16 varieties of nourished grapes there, of which six are table varieties like Victoria, also created at the research station in Dragasani, Matilde, Italia, Attica, Muscat de Hamburg and Sultamina.

All is not completed at Casa Isarescu. 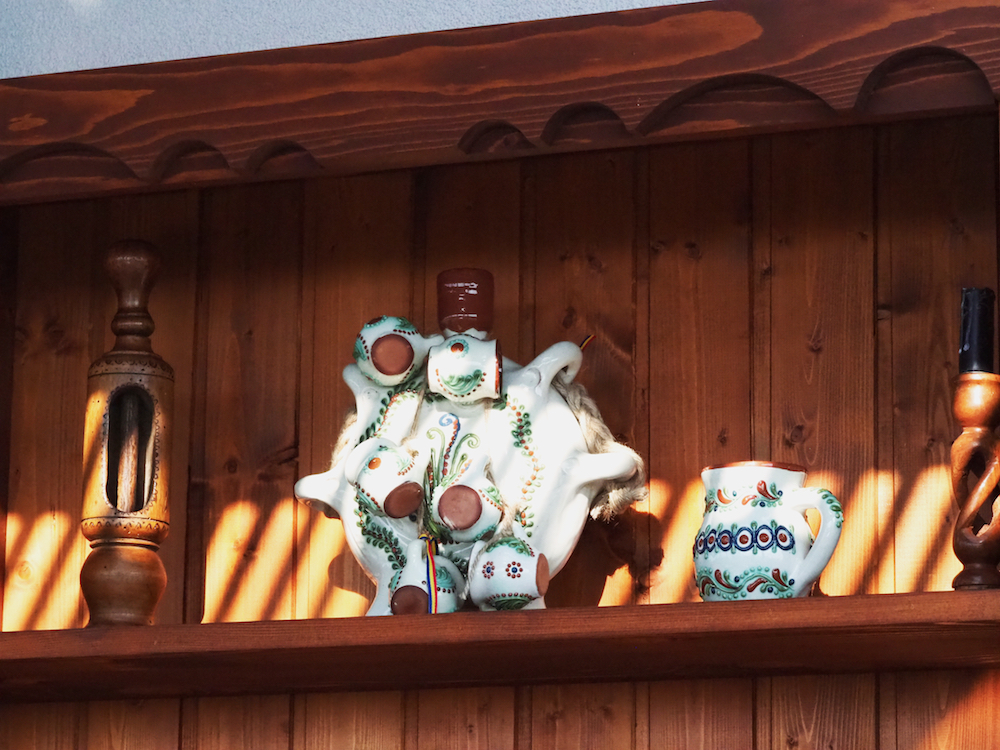 The restaurant is 90 per cent completed, with finishings still to include audio and video systems for corporate and personal events. An open area will be finalized for arts and cultural performances, including dance, music and theatre. And the pizzeria requires final touches. 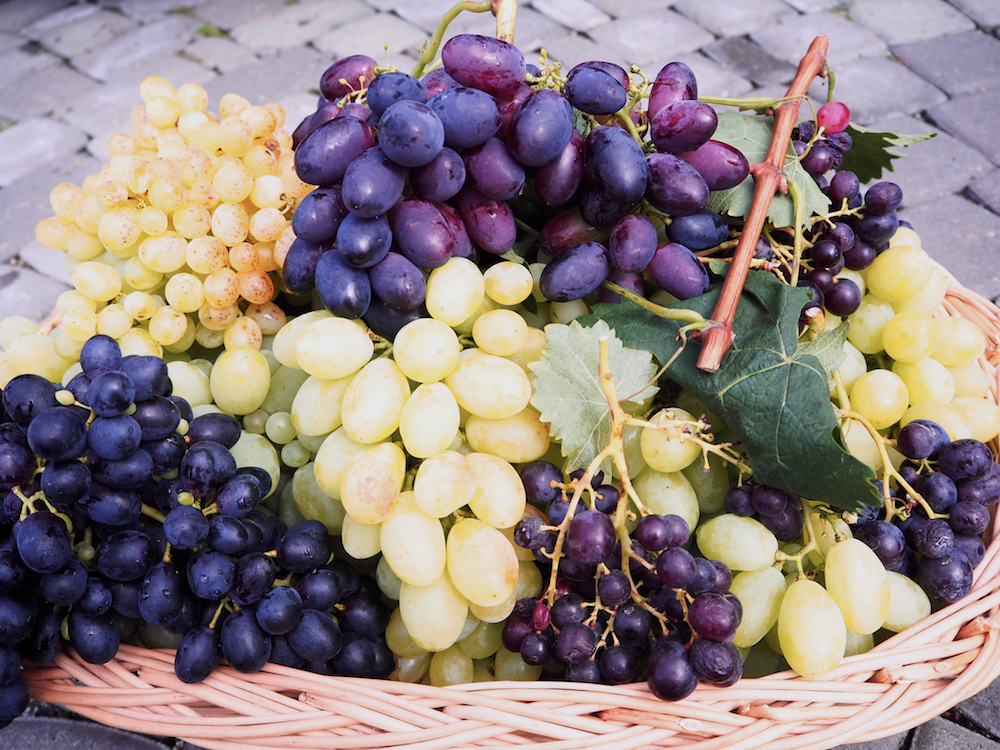 With Mugur Isarescu due to retire as National Bank Governor next September, at a time when his mandate is completed by law, he will undoubtedly have more time for his passion for wine-making. But many are concerned that with his leaving the helm of the National Bank of Romania, the loss of his steady hand of skillful steering could mean the country enters a perilous and turbulent economic period.

Epicureans, however, can rejoice. Even if he is asked to stay on as national bank governor beyond next year, one thing is certain, Mugur Isarescu will continue to pursue his hobby with as much passion, if not more, as he is doing right now.