Wandering dreamily through the wondrous clusters of towering redwoods in Montgomery Woods State Natural Reserve with friendly environmentalist Jessica Inwood was among the highlights of a recent trip I and my companion took to northern California.

And sterling work by Jessica, a parks program manager, and her colleagues at the ‘Save the Redwoods League’, means more people will continue to enjoy this magical feast of the senses. 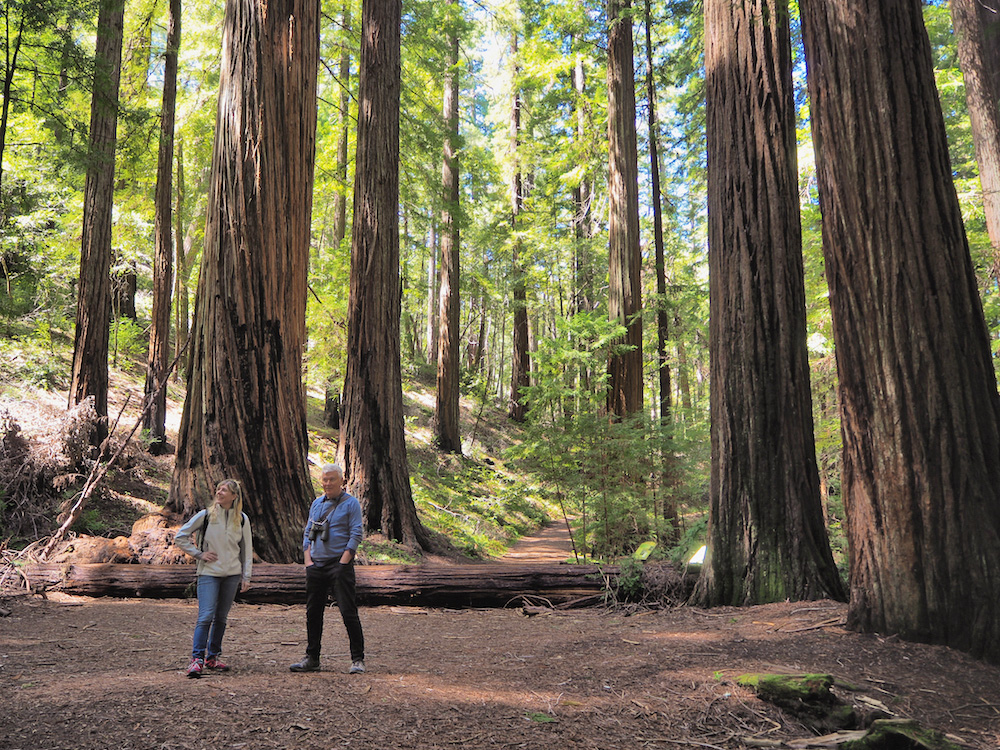 Through admirable work grounded in the principles of conservation biology and research, the League protects redwoods by purchasing forests and the surrounding land needed to nurture them, as well as supporting related US state and federal initiatives. The organization has already saved more than 200,000 acres and helped create 66 redwood parks and reserves.

“We restore the forests by innovating science and technology that can improve stewardship and accelerate regeneration,” officials said. “We also build connections among people and the forests and improve our collective understanding and appreciation of the redwoods.”

The former provides a comprehensive examination of the health of the coast redwood and giant sequoia forests. It is the basis from which the League has developed its vision for protecting the redwoods in the 21st century after decades of logging and clear-cutting destroyed trees on an industrial scale.

From this analysis, officials said, “We learned that our protection of the coast redwood and giant sequoia forests is just beginning. We now have a story of hope and resilience to tell.”

The first stage of this dedicated project, they said, “was halting destruction of the forests, saving treasured examples of the wild and ancient groves that once dominated California’s coast and inland mountains.” The second stage, beginning this year, focuses on, “safeguarding these ancient groves and heal the young, recovering redwood forests that surround and sustain them. This defining moment in the League’s history is about regenerating the forest that we have lost, about connecting forest habitats across a sea of healing redwood land, about capturing carbon at a rate up to three times faster than any other forest, and about restoring resilience into California’s most iconic ecosystem.”

Officials say that together with supporters and partners they will “set in motion the regeneration of the ancient redwood range that will inspire future generations. We will renew our human connection to the natural world through the treasured gateways of our dedicated redwood parks.”

Every year, millions of visitors worldwide visit US state and regional parks and reserves that are specifically dedicated to redwood forest protection. Visitors experience the awesome majesty of these enduring giants, walking through forests that span California’s central coast to the Oregon border, or among groves of giant sequoia, also referred to as Sierra redwoods, in the western Sierra Nevada range.

These species are among some of the oldest living organisms on the planet. Redwoods can live more than 2,500 years and giant sequoia more than 3,200 years. Some sequoia standing today were already established during the Trojan War depicted in Homer’s epic Greek poems, ‘The Iliad’ and ‘The Odyssey,’ and they have survived through the rise and fall of ancient civilizations across the globe.

Northern California hosts two of the most memorable redwood parks so if your travels take you there, they should be on your list of things to see.

Driving along a 31-mile portion of old Highway 101 in Humboldt county thanks to Holiday Autos, I was enthralled to cruise slowly through the Avenue of the Giants, 50,000 acres of redwood groves, the largest remaining stand of virgin redwoods in the world. Not to mention exploring Montgomery Woods in Mendocino county – a state reserve formed thanks to the efforts of botanist Ynes Mexia, which encompasses several 1,500 years old trees within a two-mile trail.