“I’m grateful to the International Academy of Gastronomy for this award. We’ve worked hard, aiming to promote Portuguese gastronomy throughout the world, and this award is an important recognition of the effort we’ve made. It will certainly help to bring more visibility to Portuguese cuisine”, said José Avillez, taking the chance to sensitize the audience with this award, considered by many one of the most relevant distinctions in the Gastronomy world. “I’m very pleased to receive the Grand Prix de L ‘Art de la Cuisine and join a group of chefs where I find so many of my references,” he added. 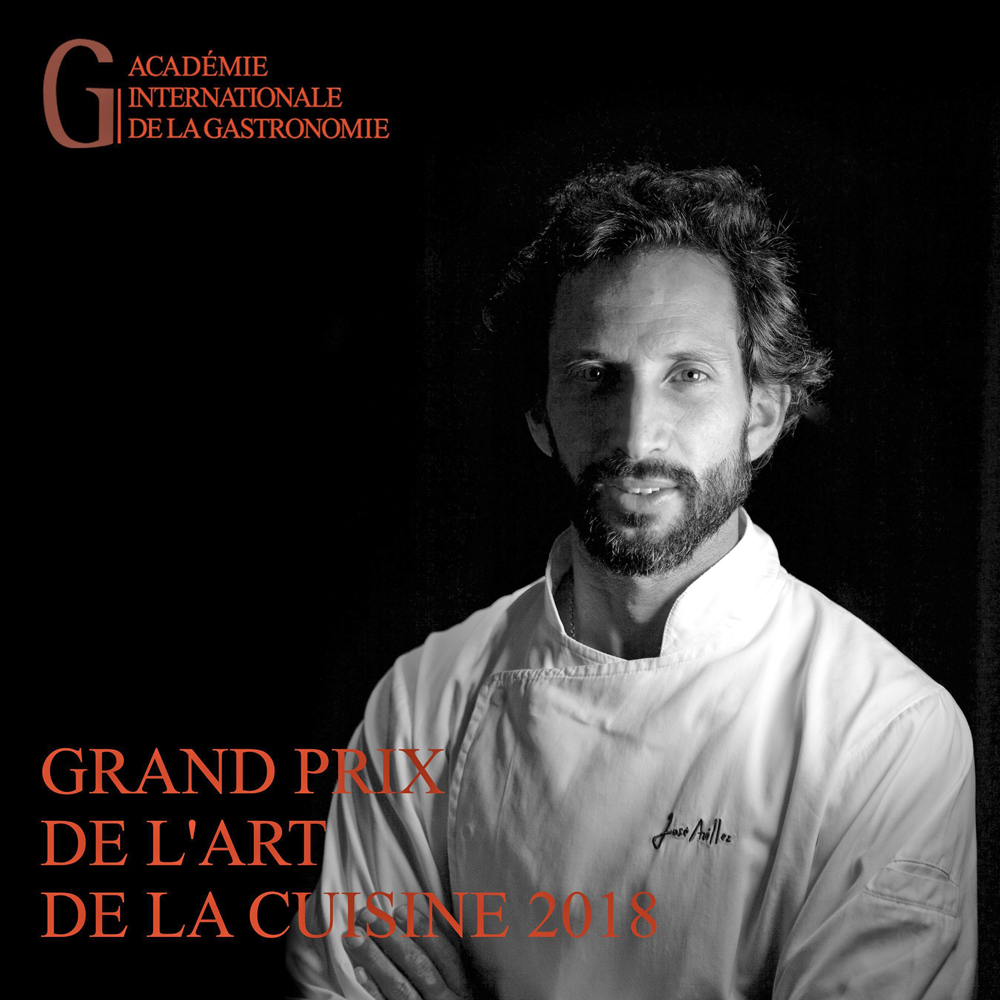 The International Academy of Gastronomy (Académie Internationale de la Gastronomie) aims to promote national and regional cuisines and their cultural heritage all over the world, also encouraging contemporary cuisine and creativity. Present in all continents, the Academy investigates subjects related with gastronomy and nutrition in an international sphere and is also involved in numerous cultural, educational and sector regulation initiatives. It promotes scientific investigation, revealing the specific characteristics of foods and ingredients native to different countries and cultural heritages. Annually, it attributes 4 grand prizes ¾the Grand Prix de l ‘Art de la Cuisine, the Grand Prix de la Culture Gastronomique, the Grand Prix de la Science de l ‘Alimentation and the Grand Prix de l ‘Art de la Salle¾ meant to reward the work of the most relevant personalities and institutions of the Gastronomy and Food Sector worldwide.

José Avillez’ main focus is to promote Portuguese gastronomy and to contribute to making Portugal a top gastronomic destination. He’s considered one of the great references of gastronomy in Portugal and has stood out because of his enterprising spirit and of his drive to keep pushing further. José Avillez has several restaurants in Lisbon and in Porto, and though they all offer different gastronomic experiences, they all express his great passion for cuisine. Belcanto ¾distinguished with two Michelin stars and considered one of the 100 best restaurants in the world by the prestigious “The World’s 50 Best Restaurants List”—- Beco – Cabaret Gourmet, Mini Bar, Bairro do Avillez (that includes several restaurants), Cantinho do Avillez in Lisbon and in Porto, Café Lisboa, Pizzaria Lisboa and the three restaurants in the Gourmet Experience of El Corte Inglés Lisboa: Tasca Chic, Jacaré and Barra Cascabel.