Sitting in Lisburn’s cozy Island Arts Center Studio Theater last night with plumes of smoke swirling tantalizingly around the stage and mesmerizing background music playing, one could be excused for believing that faeries are not a figment of the imagination. 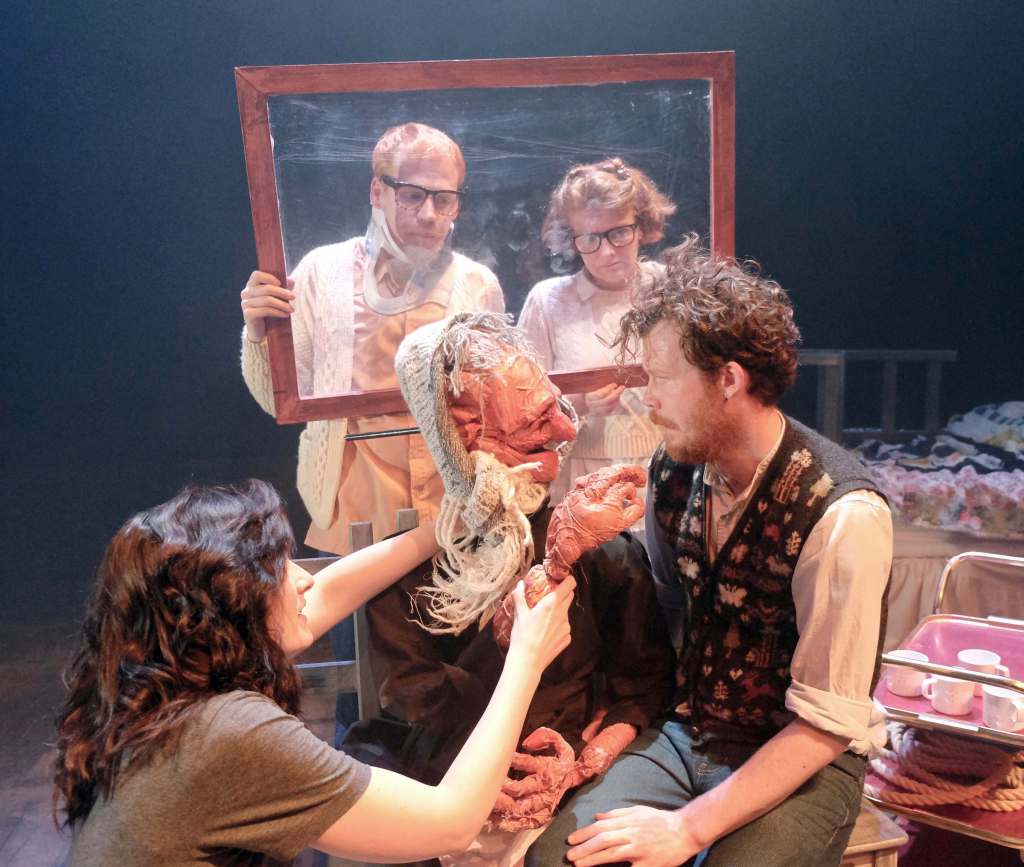 That’s just the atmosphere the Big Telly Theatre Company, which claims to be the oldest professional theatre company in Northern Ireland, wanted to create as it hosted its interpretation of ‘The Faerie Thorn & Other Stories’ by Ballymoney-based author Jane Talbot, published by Blackstaff Press, a collection of tales set on the northern Irish coast. 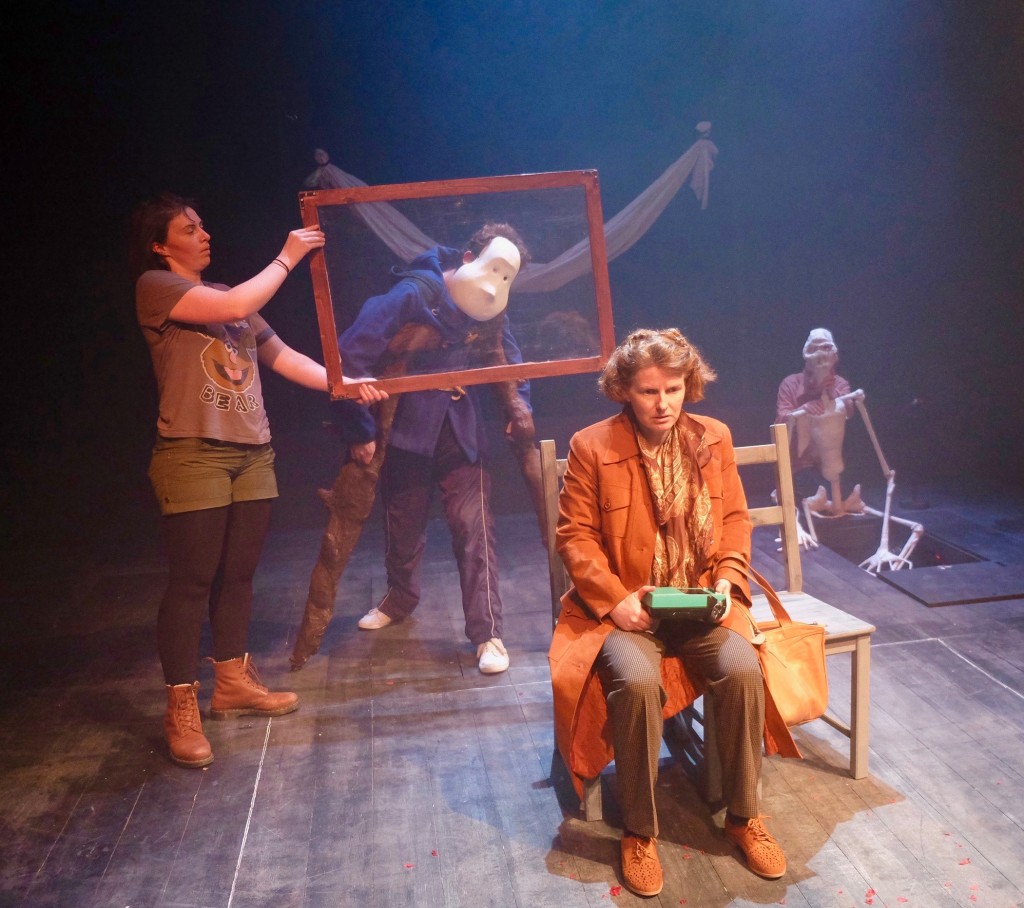 Last night’s theatrical mix combined a large dose of dark imagination, eerie storylines, vivid masks and riotous, near-slapstick humor for a diverse evening of entertainment delving into the forbidding, foreboding world of ‘the little people’ and other entities from the Otherworld such as memory takers, time keepers and bad talkers.

Adding a touch of zany modernism to the whole affair are trolls who practice mindfulness and eager for a mountain of mini-Mars bars, a talking, bird-watching skeleton, a sensual mermaid and mermen, both good and bad, and a profane faery who pops up in the most unexpected of places. 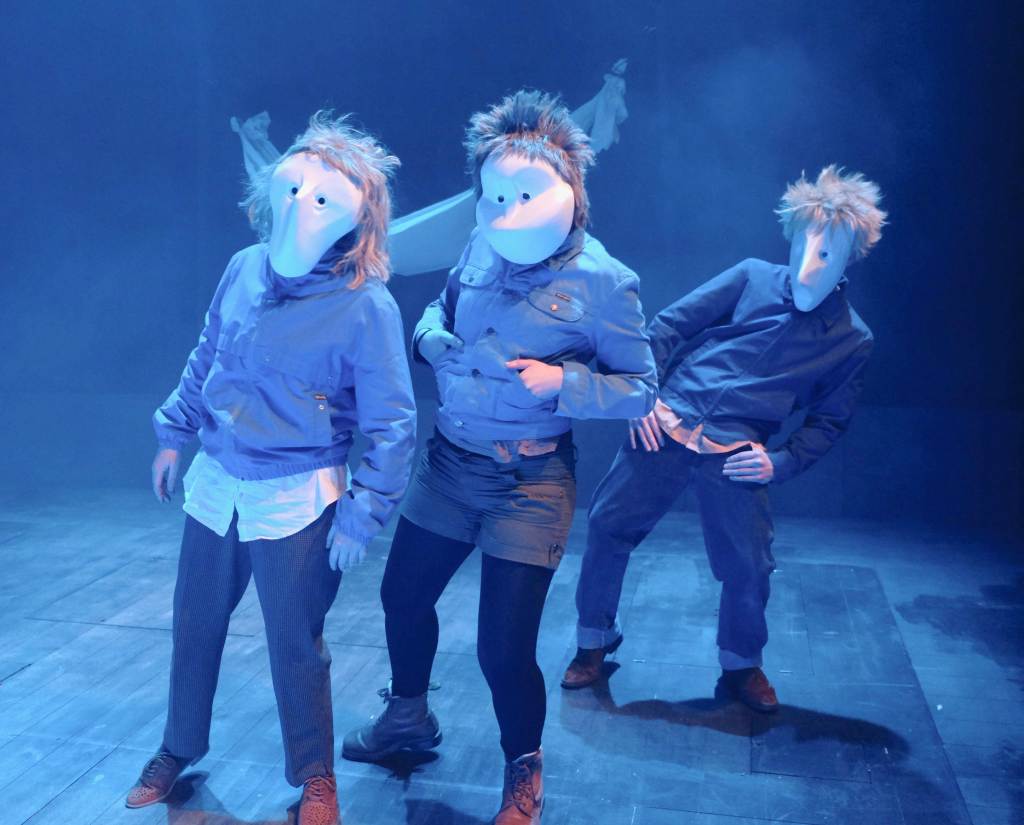 ‘The Faerie Thorn’ is the latest in a long line of bold productions hosted by the tightly-knit, well-co-ordinated Big Telly Theatre Company as its members celebrate their 30th year treading the boards. The company pushes the boundaries of traditional theatre with its website stating it “concentrates on the visual potential of theatre through fusion with other art forms such as dance, music, circus, magic and film to create a unique sense of spectacle.”

Asked whether they believe in faeries, some Irish country-folk will reply, “I can’t say I don’t,” and this fast-paced drama helps explain this convoluted response. In ‘The Faerie Thorn,’ Nature and Man and the world in-between are intertwined in mysterious, inexplicable ways, both on land and at sea. 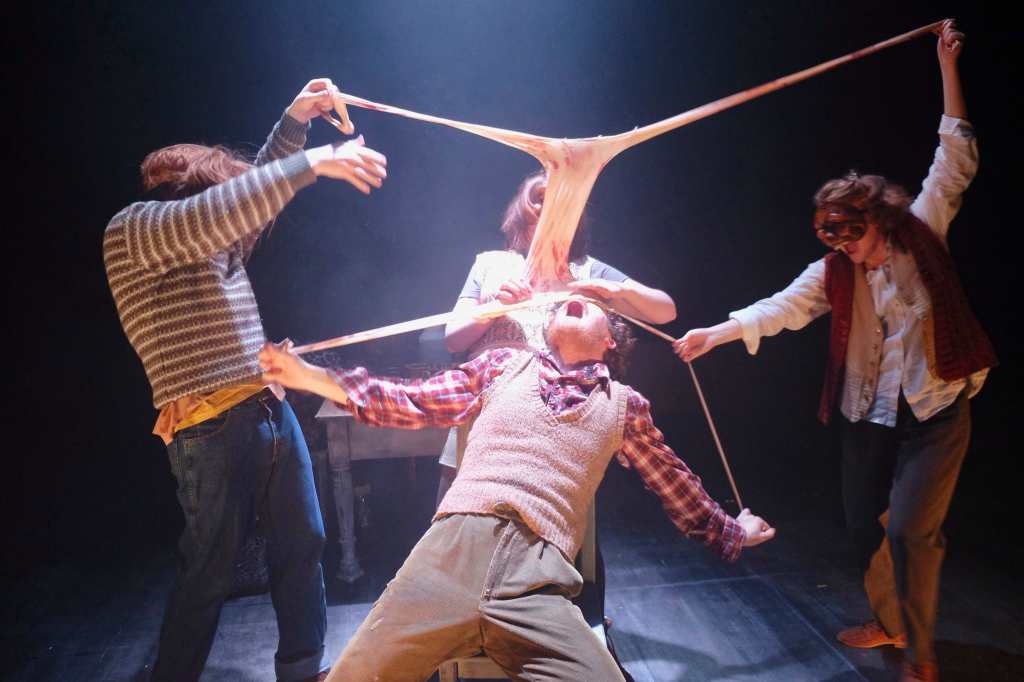 Show highlights include both fine singing and choreography and simple yet ingenious special effects including a cadaver skinning scene and bird call imitations. Even the faerie is one of the delights of the show… but I won’t spoil the surprise by saying why. Talbot’s poetic prose also shines through in phrases such as a fisherman’s wife “warm-hold her husband’s face,” a baby’s cry that’s “full of all-on-my-ownness” and children who don’t survive birth called the “almost-but-not-quites.” The production has been devised by Talbot herself, the theater company’s artistic director Zoe Seaton, Northern Ireland actor Shelley Atkinson, composer Garth McConaghie and mask-designer John Wright.

‘The Faerie Thorn’ is now on tour.