By far, the best rendition of the Phil Coulter classic ‘The Town I Loved So Well’ I have ever heard and an encore of ‘The Parting Glass’ that, with eyes closed, made me feel as if the entire Vienna choir was on stage – such were the highlights of a rousing concert by ‘The High Kings’ before an enthusiastic audience in Donegal Friday night.

Based on this performance alone, it is not difficult to understand why this charismatic Irish quartet of musicians-singers has risen to the premier league of bands on the island over the last few years.

Dressed informally in jeans and waistcoats, with one member, Martin Furey, wearing a knitted hat as if he’d just came off a fishing boat, and playing a variety of instruments including banjo, guitar, keyboard, bodhrán, mandolin and accordion, the four – Finbar Clancy, Brian Dunphy, Darren Holden and Furey – oozed confident stage presence, even managing a bit of banter with a besotted fan in the front row that raised a few laughs. Aside from being multi-instrumentalists, so versatile are the performers, Dunphy played drums both front and behind simultaneously, bodhrán and standing drum respectively.

While  the concert featured old, thunderous Irish ‘raise-the-roof’ classics as the ‘Whiskey In The Jar,’ ‘Black Velvet Band,’ ‘Rocky Road to Dublin’ and ‘Follow Me Up To Carlow,’ a song about a 16th century Irish rebellion, these were counterbalanced with soft traditional ballads including the emigrant’s laments, ‘Spancil Hill,’ with a fine tin whistle solo by Furey, and ‘Leaving  Of Liverpool;’ the poignant ‘Grace,’ based on a letter from Irish 1916 revolutionary Joseph Plunkett who married his girlfriend, Grace, mere hours before he was executed in Dublin’s Kilmainham Gaol, with its iconic line ‘his blood upon the rose;’ and the band’s condensed version of the six-minute-long anti-First World War song, ‘The Green Fields of France’ penned by Scottish-Australian Eric Bogle. Reflecting their song-writing abilities, the group also performed ‘Ireland’s Shore,’ written by Furey and Clancy. 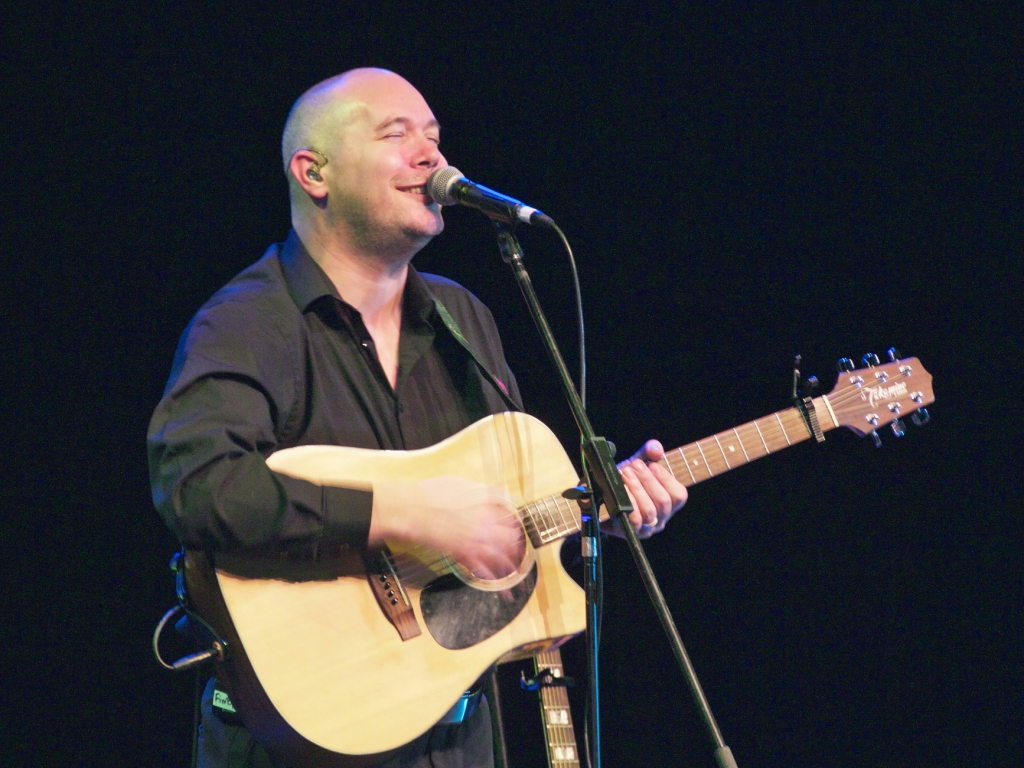 The group even managed to re-create, through complex vocal harmony, the rhythms of galloping horses, in their haunting rendition of ‘Ride On,’ a song, written by Jimmy McCarthy and made famous by folk-singer Christy Moore; slipped into their repertoire the popular Gordon Lightfoot song, ‘Early Morning Rain,’ as well as ‘Forty Shades of Green,’ written by Johnny Cash in 1959 on a visit to Ireland. Their superb unaccompanied delivery of the sea shanty ‘Leave Her Johnny’ showcased their unerring vocal talent.

But the immensely powerful rendition by Holden, former lead singer with RIVERDANCE on Broadway, of the Coulter classic about the songwriter’s hometown of Derry both before and during the so-called northern Irish ‘Troubles,’ edged out the rest, leaving goose pimples on arms and a skipped beat in the heart. The group’s trademark finale ‘The Parting Glass,’ with impressive, intricate vocal synchronicity, had a similar emotional impact, winning them an animated standing ovation from a near capacity audience. Most of the songs performed by The High Kings on the night were from their new, 12-song album, ‘Grace and Glory’ released earlier this year.

As my companion commented during the show, “Where are the oaks and the ancient standing stones, I feel I’m at a Druidic festive gathering of Celtic chieftains on the historic Hill of Tara.” Such is the effect of a concert by aptly-named, ‘The High Kings.’

The ‘High Kings’ are touring in Ireland until end of January and then travel to the US for the month of March.