Talk about choice – with more than 30 restaurants and bars and 61 different room categories, it doesn’t get much better than the Forte Village Resort on the southern tip of Sardinia, 25 miles from Cagliari and its international airport.

Making it even more attractive is the fact that the entire property has just undergone an estimated 30 million euro renovation and an open-air theater hosting 5,000 people is to open this summer, suitable for events ranging from car launches to concerts. Italian tenor Andrea Bocelli is to feature in the first musical performance. 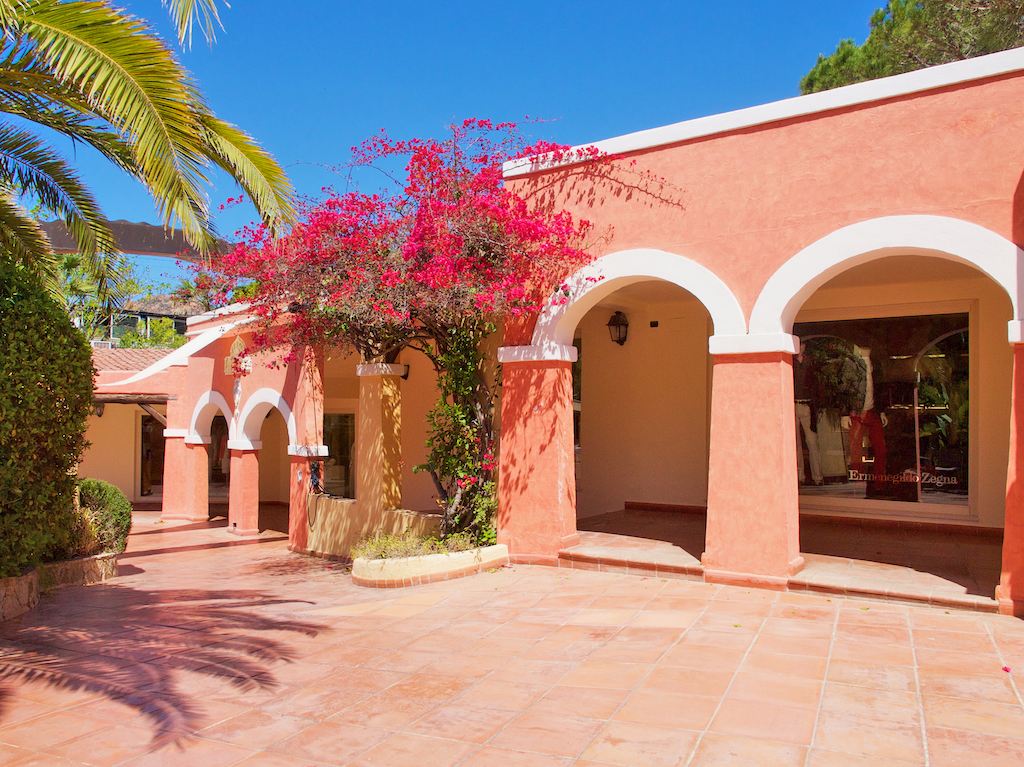 Opened in 1970 under Lord Charles Forte, an Anglo-Italian hotelier and then chairperson of the Trust House Forte chain, the beachfront resort now spreads across 47 hectares and encompasses eight hotels with rooms and suites, as well as eight villas each having its own extensive private garden with pool and kitchen, and even some with a special butler service. 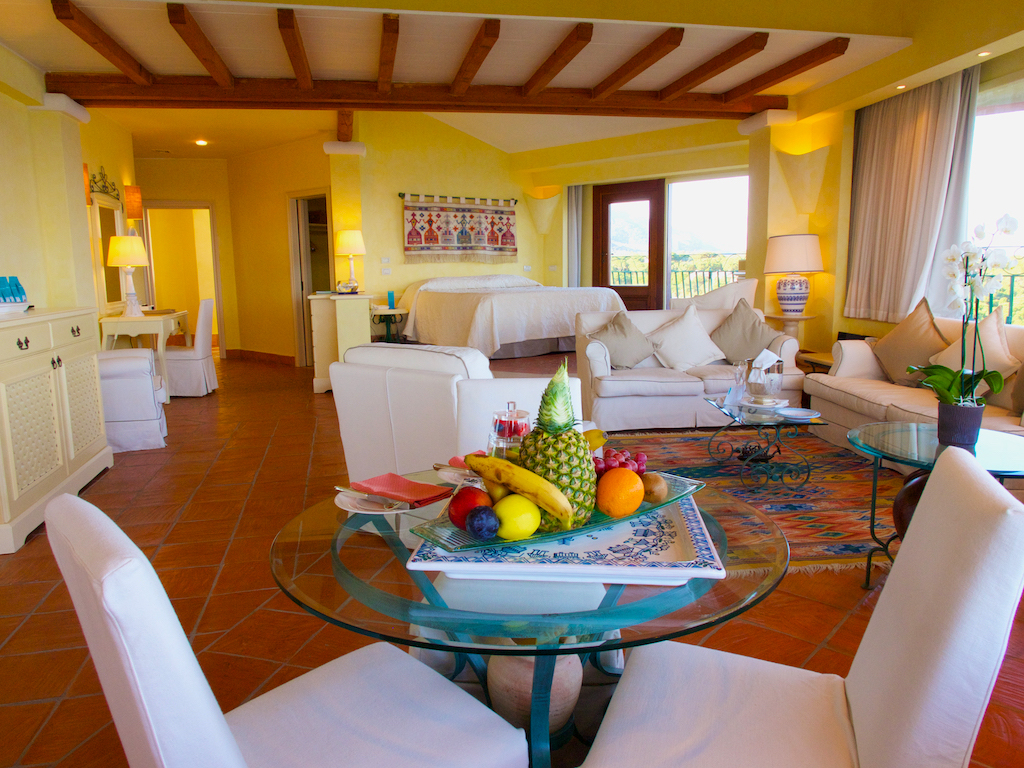 Guests at ‘Hotel Villa del Parco,’ a member of the Leading Hotels of the World group, enjoy direct access to ‘Acquaforte Spa’ while ‘Pineta’ nestles in a pine wood. Bungalows at ‘Hotel Le Palme’ and the new ‘Hotel Bouganville’ have private gardens, close to the newly refurbished Oasis pools, surrounded by flowers and typical Mediterranean maquis plants. ‘Hotel Il Borgo’ is well-suited for large families being ideally placed for Children’s Wonderland, the Oasis pool and slides at the Baia delle Palme pool. ‘Le Dune,’ is a group of elegant bungalows and exclusive suites. 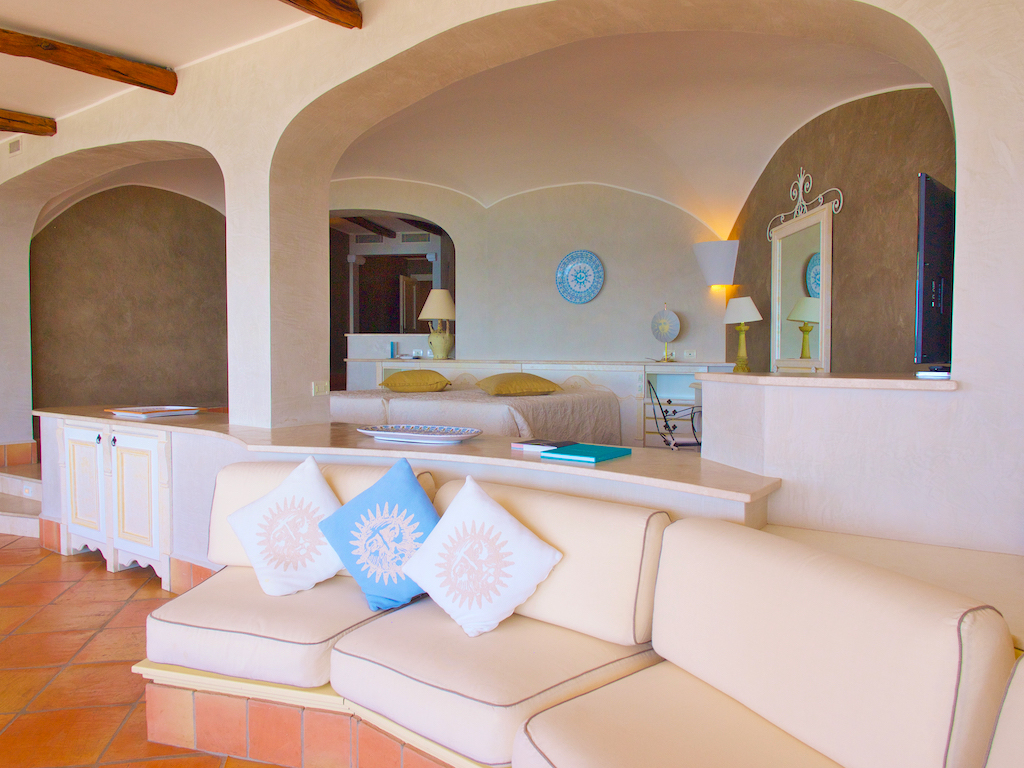 A highlight of our suite, Nora, on the fourth floor of Hotel Castellu was its impressive 74-square-meter verandah offering glorious views over the Mediterranean Sea, the beaches and the backdrop of mountains behind. The suite also featured not one but two Jacuzzis, one inside and one on the balcony.

Restaurant choice is ample at Forte Village, some of them linked to award-winning chefs such as Briton Gordon Ramsay, Italian Emanuele Scarello and German Alfons Schuhbeck.

Our dining experiences included a relaxing evening in the 25-person capacity ‘La Cantina del Forte, an intimate restaurant down a short flight of stone steps into a narrow wine cellar. Elegant, bottle-filled wooden boxes lined the walls filled with impressive brand name vintages such as Dom Perignon, Bollinger, Masseto, Veuve Cliquot Cave Prive, Banfi Summus, Sori Tildin Gaja and Terlaner I Terlano. The cellar contains 5,000 to 9,500 bottles, depending on whether low or high season at the resort, with 450 separate labels, with the most expensive wine –  according to sommelier and maitre’di, Sofia Carta – is a Masseto, priced at around 2,000 euro. Here in this intimate, cozy setting with a terracotta-tiled floor, simple wood tables cane chairs, we enjoyed a fine traditional Sardinian dinner prepared by chef Paolo Simeoni.

Colurgiones – Sardinian ravioli stuffed with potatoes and covered in tomato and basil sauce symbolized the hearty, ‘perfect in its simplicity’ taste that characterized the hotel kitchen. Portions are generous so be sure to leave space for slices of tender, flavorsome, roasted pig on a spit, as well as for the sweet seadas, Sardinian fritters made with pecorino cheese and glazed with honey. Guests can also reserve dinner with wine tastings. Celebrity chef evenings will also take place over the next several months in what is billed as a ‘festival of flavors’ featuring Michelin-starred chefs. A new ‘Cooking Academy’ will also open this summer, a series of cooking classes running from June to August, for a total of 14 two-hour lessons. Guests will learn how to make the most famous of Italian dishes, from pizza to homemade lasagna, fresh ravioli and risottos. Other lessons include sushi preparation, cup-cakery and traditional Italian pastries. A special class will be dedicated to vegan cooking. The resort also includes a new Wine Bar & Wine Shop. 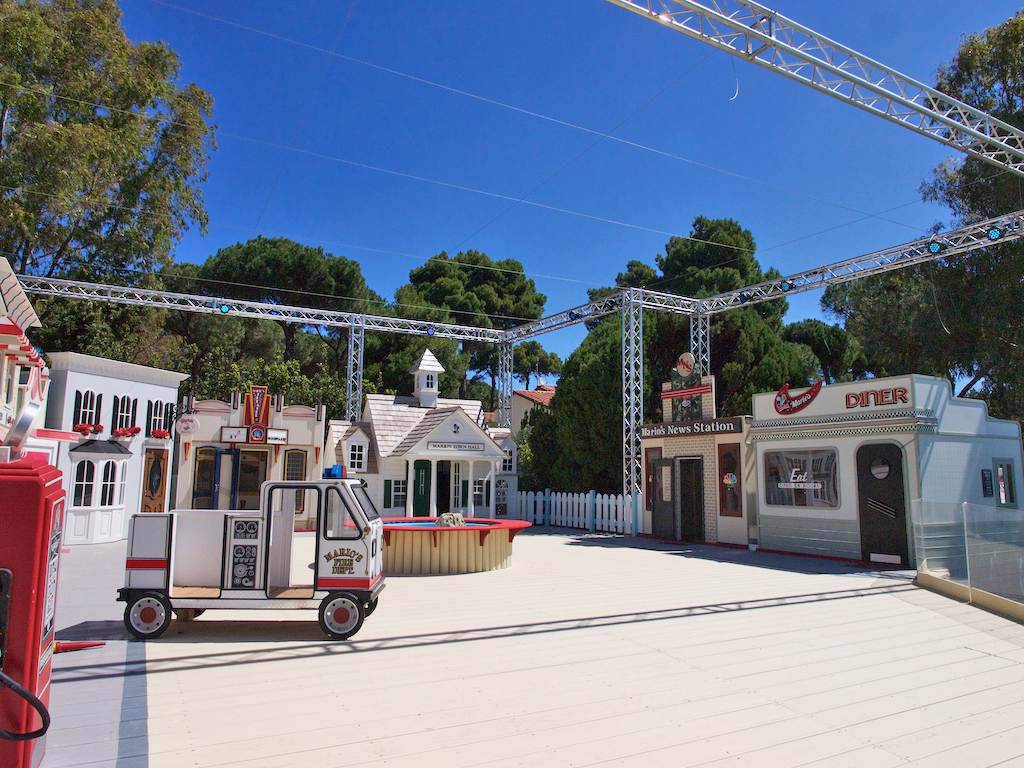 Realizing the needs of families on vacations, Forte Village provides extensive sports, play and educational areas for children of all ages. These include a colorful ‘Mario’s Village,’ with nine houses, a cafe, cinema, gas station and even a city hall. Separately, there is also a Barbie house and activity center. The resort also has a driving school with a difference: a souped-up ‘Hot Wheels’ on a track. A ‘Thomas the Tank’ train transports guests throughout the complex and he Fisher-Price Nursery keeps tots aged up to two occupied under the watchful eye of staff. Educational workshops – from origami to balloon art, Velcro work to ceramics (with top Sardinian craftspeople) and creating objects from recycled materials – stimulates children’s imagination, not to mention light-hearted entertainment through a succession of shows, music and performing clowns. Marvin’s Magic Academy hosted by British magician, Marvin Berglas, teaches those over 10 years of age some of the tricks of the trade.

With Sardinia having been a spa center for thousands of years, especially through its ancient Nuragic civilization that practiced the cult of water around the lunar and astronomical cycles, it may come as no surprise Forte Village has developed its own innovative style. Working with the thalassotherapy experimental research center at the University of Milan, it has created ‘Acquaforte Spa’ with an outdoor area comprising six baths with different temperature and salinity gradations. Floating in these rejuvenating pond of sea salt, aloe vera and mint oils, surrounded by lavender, palm, pine and banana trees with scent of jasmine and orange blossom wafting on an afternoon breeze, the only decision one has to make is which of the many restaurants to choose for that evening’s dinner. The spa also offers massage therapy and aesthetic technologies such as radio-frequency treatments, microdermabrasion and oxygen therapy for face and body skin-treatments. Don’t leave without a rejuvenating ayurvedic massage by Hymalayan-born Shahin.

The resort’s medical center, headed by Prof. Pier Francesco Parra, a sports specialist whose patients include Novak Djokovic and Serena Williams, has two clinics with a range of electronic equipment required for a complete physical check-up service. Parra is also a laser surgery specialist, which he has used in treating such as muscular, tendon, joint, ligament, cartilage and bone injuries.

With its massive investment and recent renovation and expansion of facilities, Forte Village caters for young and old with a comprehensive range of activities and restaurants to suit all tastes.