No sophisticated electronics, just their soothing voices and a single guitar – raw talent, pure and unadorned – that’s what leading Irish singers, Frances Black and Kieran Goss, served up at the Millennium Forum, Derry, last night during their national ‘Reunion’ tour.

It’s been 23 years since the pair last played together in this north-western Irish city – around the time they recorded their 1992 album, simply entitled, ‘Frances Black and Kieran Goss’ – but the ease with which they performed you’d never have guessed.

Photo used with permission from Frances Black and Kieran Goss

The first time I heard Frances Black was at Leo’s Tavern in west Donegal as part of a special show hosted by Grammy-award winning Moya Brennan (of Clannad fame) and her sister, Deirdre, as part of the SOS (Save Our Scenery) ‘Alternatives to Pylons’ protest against the erection of high-power electricity pylons throughout the northwestern landscape. 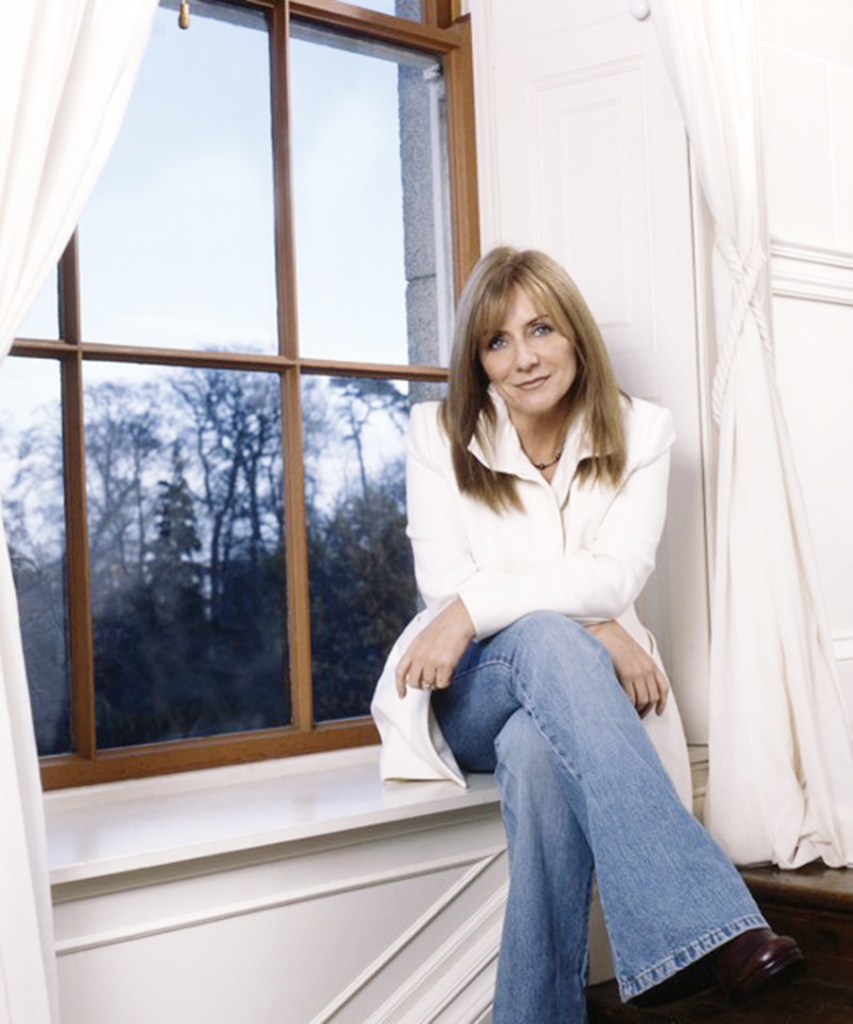 The Dublin singer’s voice has lost none of its nuance, its dulcet notes were much in evidence through her renditions of‘ Wall of Tears,’ about the emotional trauma of relationship breakups which featured on ‘A Woman’s Heart’, the biggest-selling Irish album ever; the Dougie MacLean classic ‘This Love Will Carry’ and her cover of Christie Hennessy’s, ‘All the Lies That You Told Me.’ Not to mention her unaccompanied version of Scottish songwriter Ewan MacColl’s hard-hitting, anti-injustice, ‘Legal Illegal.’ 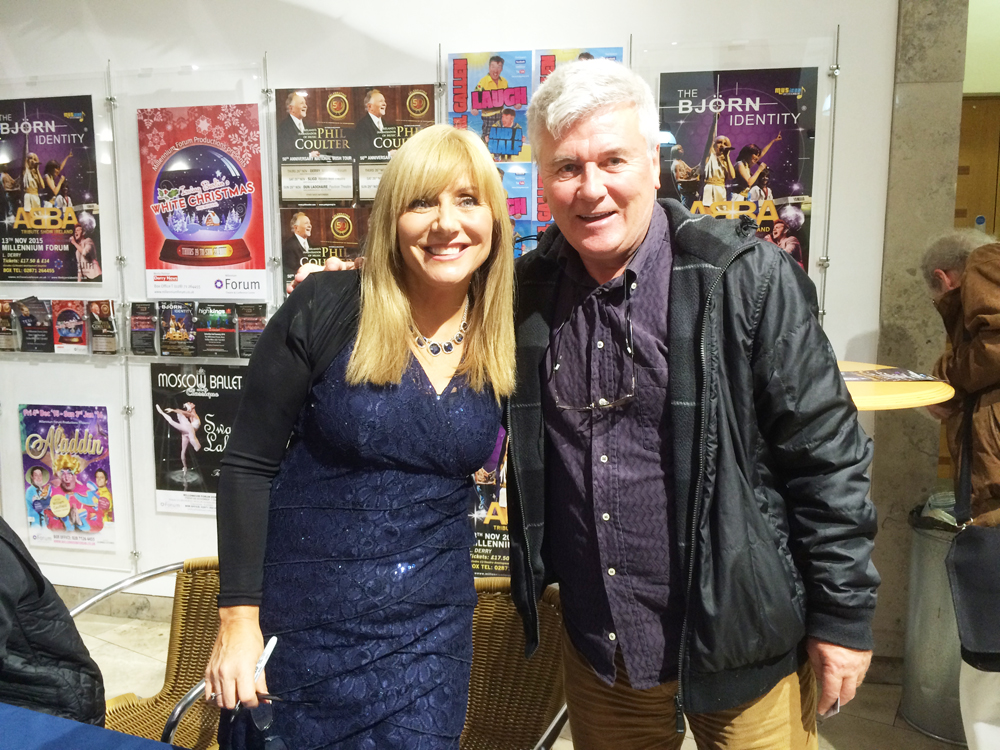 And though she may be a few years older now than at Leo’s Tavern, the blonde-haired chanteuse, who suffered from alcohol addiction and established the Rise Foundation to help families of sufferers, looked as sexy as a kitten in the mischievous ‘Everybody Loves A Lover,’ a playful song made famous by one of my favorite artists, Doris Day.

Newry-born Goss – a former lawyer whose diminutive stature and bald head makes him seem like a plucky bantamweight – showed he is the consummate entertainer and raconteur. Relaxed and affable, he served up a menu of good-humored anecdotes about meeting Ireland’s Lord Chief Justice while a busker in Cologne and songwriting escapades in the US and Australia.

Much to the audience’s delight, he also performed ‘Out Of My Head,’ his biggest ever hit, and displayed his mesmerizing guitar playing and melodic voice on his sensitive interpretation of the Christy Moore ballad, ‘Nancy Spain.’

Interestingly, two songs performed by the pair are as relevant in today’s modern Ireland as they were generations ago. ‘Reasons To Leave’ is Kieran’s personal take on emigration and no better person to know its heartache than he, the 10th of 15 children, whose brothers and sisters had to leave for Australia and America seeking work. With recent news of a man dying on the streets of Dublin beside Parliament Buildings, the second song, ‘Heard It All Before,’ about homelessness has a haunting ring to it. 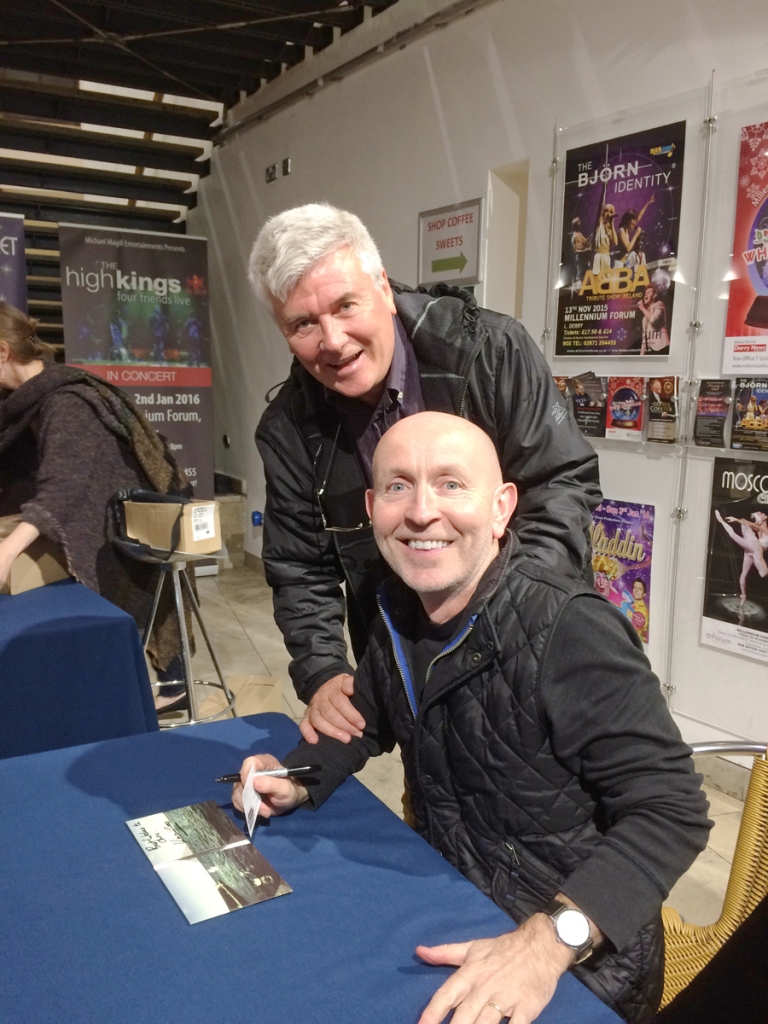 If it’s a convivial evening of song, both lyrical and imaginative, that you’re seeking then the Black-Goss duet is a blend worth savoring. And here is where you can see them.