Some observers say Belfast, northern Ireland, is fast outpacing its southern neighbour Dublin in terms of creative gastronomy and in the vanguard of that movement are west Belfast chef Stephen Toman and his Brittany business partner Alain Kerloc’h.

Having met while working in L’Arpège, the Parisian Left Bank restaurant owned by Alain Passard (who made a guest chef appearance with them recently), after just one year, the pair have made OX Restaurant one of Belfast’s most popular dining options. Their tasting menu is of the highest quality as is the diverse a la carte selection, ranging from nettle soup to chateaubriand and grilled lobster. 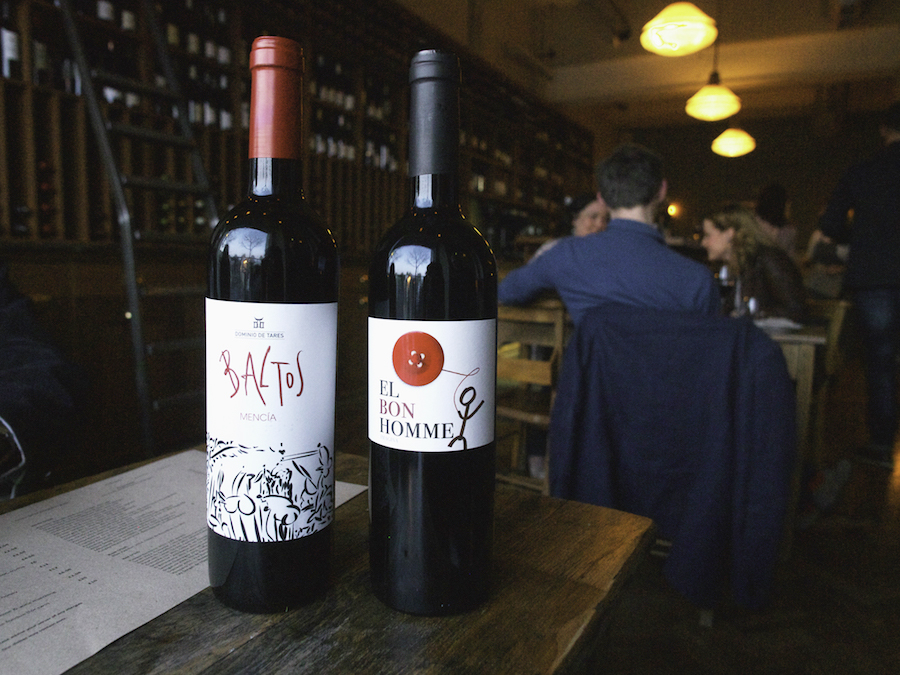 Not content with only that achievement, Stephen and Alain have now opened a 45-seater ‘OX Cave,’ a wine bar right beside the restaurant located on Oxford Street, across from the Queen’s Bridge over the Lagan River near the city’s Titanic Quarter. Having had the pleasure of spending an evening there recently with a prominent leader in the cosmetics sector and our respective partners, I left utterly convinced the quality of the restaurant had permeated unconditionally through the walls to its next-door neighbour. Even more admirable is the fact that the talented twosome created both restaurant and wine bar out of a building that in previous lifetimes was a school, art gallery and tile-shop. 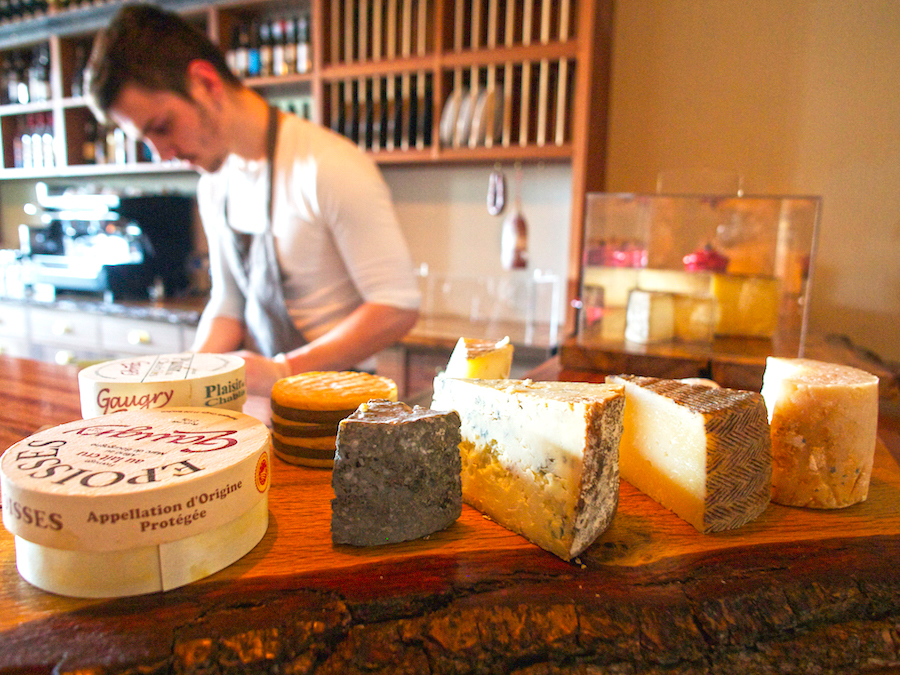 Their launching a cave should have come as no surprise to me as on a previous visit to OX restaurant, I was not only impressed by the food but also the comprehensive drinks menu. Alain, being French and a skillful sommelier, the wine and champagne list was truly cosmopolitan as were the gins with two – Aviation from Oregon and G’Vine from the Cognac region of France – well suited in preparing palates for the delights that arrived that memorable evening. 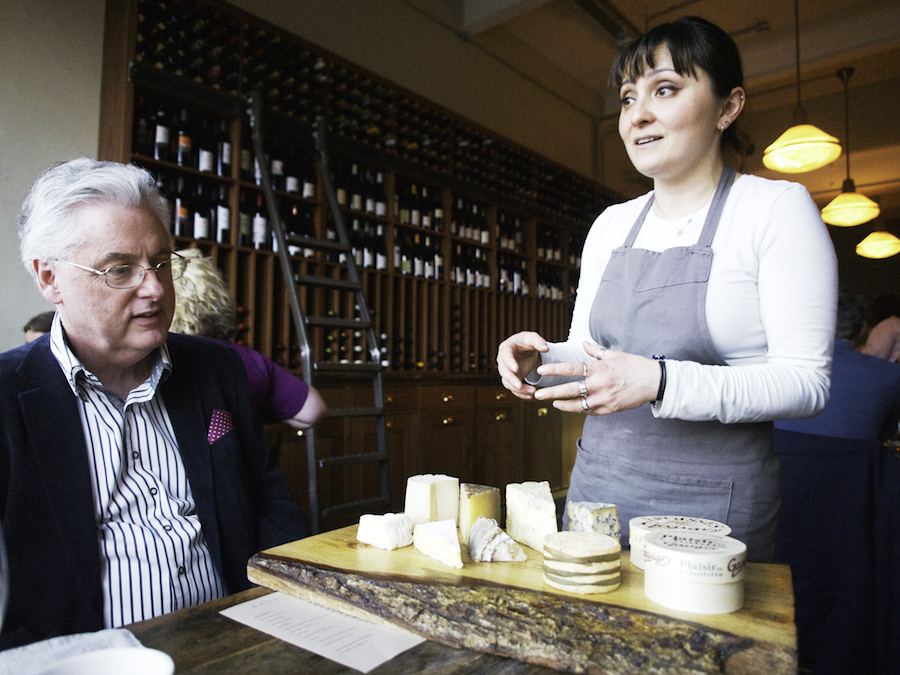 We began our recent Friday sojourn at the OX Cave with Quinta Soalheiro Alvarinho Espumante, a 2012 Portuguese sparkling wine, crisp acidity and bright, citrus flavors laced with fleshy peach/apricot notes. It was a perfect start to the evening as by sheer coincidence we were headed to Lisboa and the Algarve region the very next morning. Showing that, while still retaining inherent rivalries as side-by-side countries tend to, Portugal and Spain can complement each other, we followed this with Getariako Txakolina, a crisp, dry, lightly carbonated, white wine from the hondarrabi grape variety of the Basque region. A well-balanced charcuterie board of coppa, salami, bresaola and chorizo with assorted breads provided earthy grounding to the zesty wines. 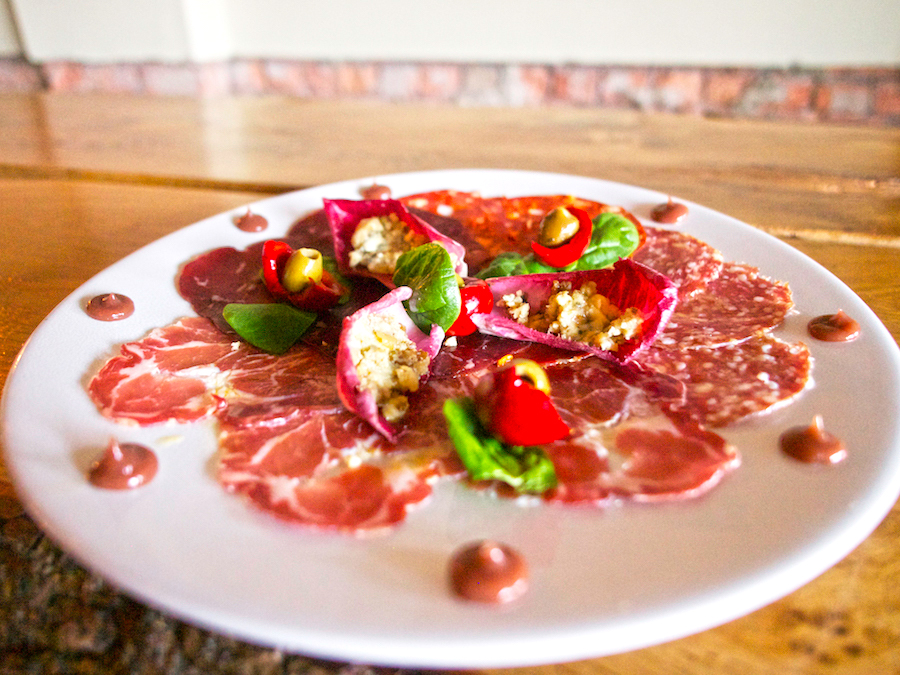 By this time, with exceptionally graceful service from Mine Bennett, our friendly, well-informed waitress, a warm, convivial atmosphere descended upon us with a sense of being true bon vivants, a sensation further enhanced by Alain’s selection of an elegant, claret-colored, berry-tasting 2011 Dominio de Tares Baltos from Bierzo, northwest Spain. 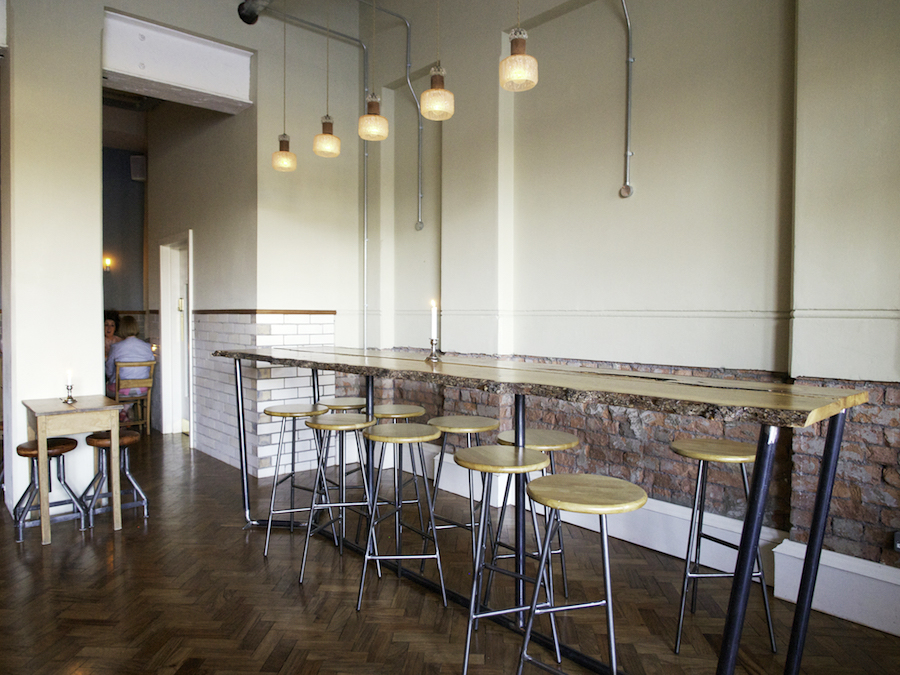 These included three Irish cheeses – Corleggy and Kearney Blue from the counties of Cavan and Down respectively, and Young Buck Blue from Newtownards on the outskirts of Belfast; Pont-l’Évêque and Livarot from Normandy; Manchego from the La Mancha region of Spain; and Plaisir au Chablis and Epoisses from Burgundy,

While the OX Cave seats 45 people, that number can be stretched to 50 for group gatherings, and with a drinks’ stock that includes more than 20 whites, 20 reds, eight champagnes and sparkling wines, seven ports, six dessert wine and five sherries, there is surely more than enough to suit every taste.

All wines can be served by tasting glass, regular glass, carafe or bottle with the Coravin system in use. In addition to the charcuterie plate, other ‘lite bites’ include pata negra (Jamón ibérico), anchovies and chocolate fondue.