It’s hard to find a more fashionable area of London than Mayfair, which is probably why The May Fair itself has been such a popular hotel ever since King George V and Queen Mary opened it with much royal fanfare in 1927.

Since then, while the 400-room, 12 suite property has undergone many changes and owners and is now part of the Edwardian Group London founded by Jasminder Singh, it remains both sleek and sophisticated and famed for its fashionista parties with a cocktail bar serving 40 signature drinks; a cigar room with a wealth of Cuban varieties; a fine-dining restaurant and a ‘Palm Beach’ casino helping keep the well-to-do content. 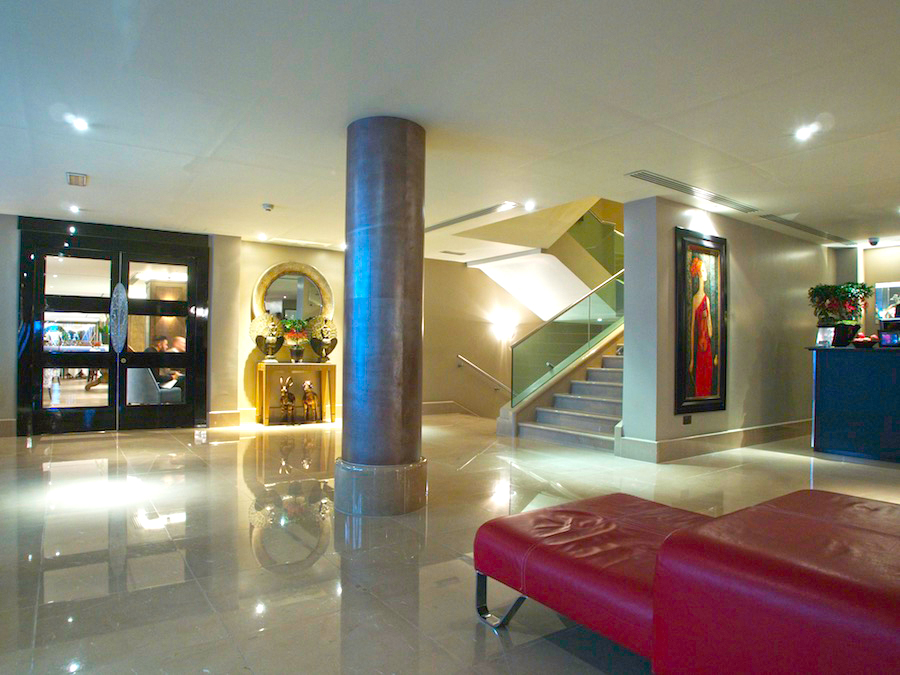 As the hotel itself boasts on its website, “its stylish rooms have hosted many intimate liaisons: the risque, the scandalous and the happily married… The May Fair has 549 doors, behind every one an affair is unfolding.” 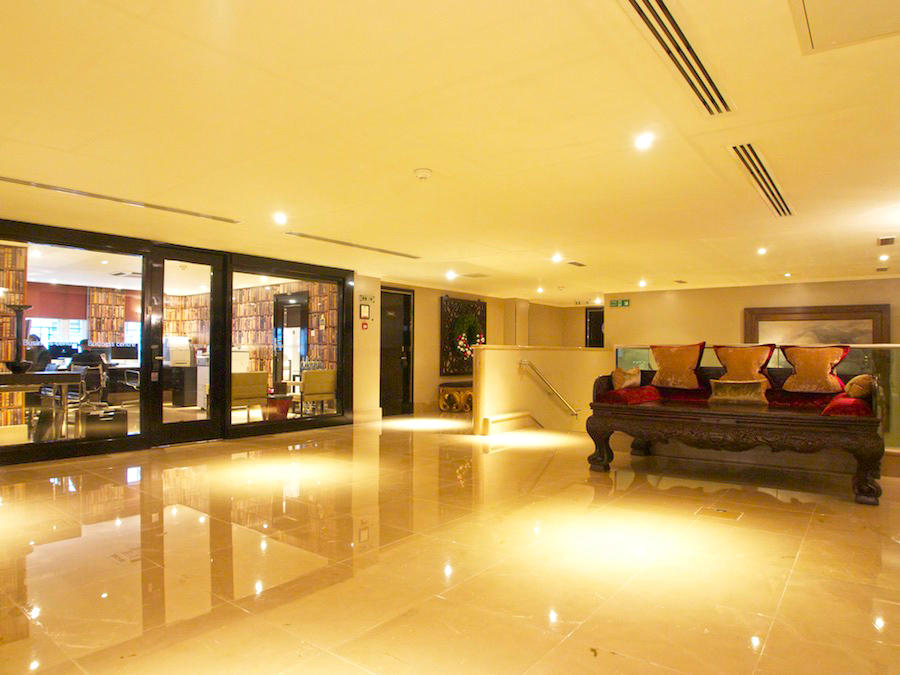 After first opening more than 80 years ago, The May Fair quickly established itself as one of the most elegant and stylish hotels in Europe, hosting decadent parties and extravagant displays of wealth in the years between the wars.

In the 1950s, Hollywood glamour moved in: film impresarios the Danziger brothers bought the hotel and turned it into a magnet for the rich, the famous (and, sometimes, the infamous). By the 1960s, it had become the London home for show business royalty: Muhammad Ali and singers Bob Dylan and Marianne Faithfull all graced its elegant suites. 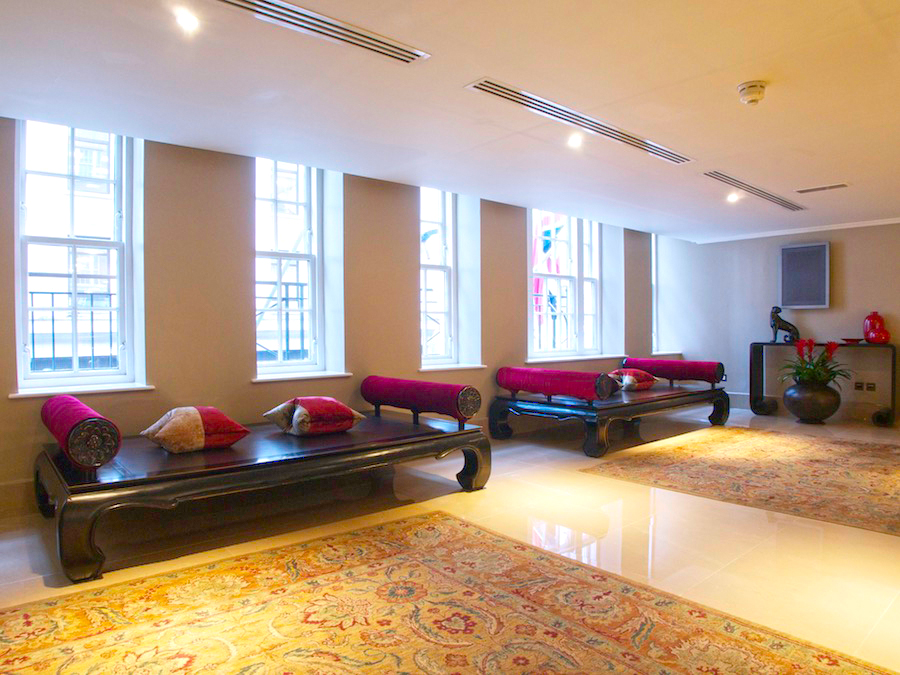 Clint Eastwood filmed here with Matt Damon, and rock star Pink used it as a location for two videos. In 2004, a new era for The May Fair began. Every room in the hotel was transformed and new wings and floors added. In came a stylish, modern effusion of glass and leather, marble and gold leaf. Just 30 months and around 100 million dollars later, The May Fair once again announced itself: ‘a hotel like no other,’ and now hosts such occasions as London Fashion Week and the London Film Festival, where style mixes with celebrity. 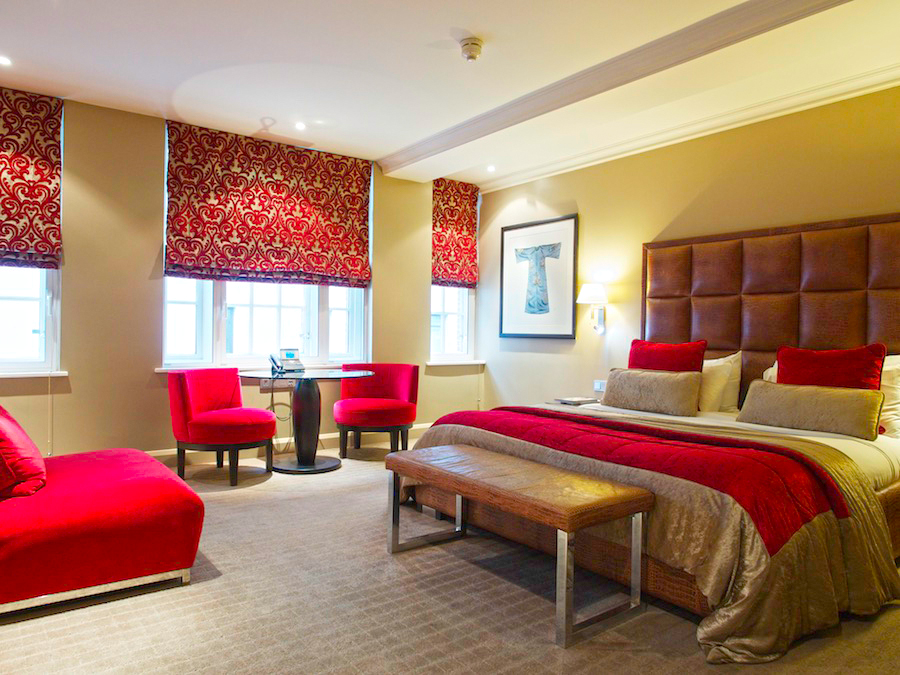 The wide lobby is furnished with padded leather seating with eclectic statuettes of assorted animals – a black cat, a goat, a sheep, a peacock and black rams with silver heads looking on to the street. Tall crimson vases stand either side of the main door and an impressive chandelier hangs near the concierge desk. Up some marble steps is an atrium with potted ficus and black olive trees, a high, slanted glass ceiling and a large statue of Buddha gazing down above a bar.

A Samsung digital system offered over 400 complimentary TV channels. Artwork was distinctly Oriental with a set of four black framed ink paintings of men at work, one engaged in calligrapher, another in embroidery, as well as a framed painting of a kimono. The bathroom was of Sicilian marble and featured a double sink, with a wall length mirror and a separate power shower and a tub, the latter with an inbuilt wall TV. Toiletries were from San Francisco-based Essentiel Elements.

The hotel is home to the May Fair Kitchen reflecting an open-style design where guests can examine a varied display of seafood and fish on ice provided mainly by James Knight from place as diverse as Ireland, the Maldives and India, as well as aged cuts of meat provided by Aldens. The kitchen prides itself on using British produce, with vegetables originating at the 600-hectare Watts Farm in Kent, Essex and Bedfordshire

With a low ceiling, comfortable lighting, oak paneling and windows looking on to Stratton Street, the restaurant reflects a cozy sense of well-being, a feeling enhanced by a spray of seasonal red berries in glass vases as table decoration and racks of wine nearby.

As starters we chose from the seafood menu – salt and pepper king prawns with fresh chilli and slow-roasted garlic, which turned out to be lightly fried, tempura-style; as well as the hand-dived, chargrilled scallops creatively combined with smoked British ham, a bean emulsion and assorted herbs.

For mains, we became ferocious carnivores, opting for hefty slabs of meat – 28-day aged rib-eye accompanied by Diane sauce, with samphire and ginger and aged veal with a creamy lobster mash, tarragon and capers with wilted spinach, and a blue and port sauce on the side. They both almost covered our entire plates but that didn’t stop us from devouring them with relish. For desserts, our choice was a succulent dark chocolate fondant with honeycomb and salted caramel ice-cream and preserves plum posset and winter fruit granola.

Among other services offered by the hotel are a spa and gym and, interestingly, a special screening room for 200 people, with Italian-leather trimmed seats complete with armrests and fold-out tables.

For glamor and colour, and an often rakish, history, The May Fair is hard to beat and its central location means many of London’s highlights are within easy walking distance.