The Marker Hotel, situated in Dublin’s rejuvenated docklands area, provides a bridge not only between old and new and traditional and trendy in Ireland’s capital city but also between nations.
The five-star hotel’s name relates to the former, marking the nearest point to the city where boats in the good ole days could come. Coincidentally, the property also lies at the intersection of an historic housing district of Dublin, Ringsend, with a new development of luxury residential apartments, The Marker Residences, also owned by the hotel owners, Dublin-based real estate private equity firm Brehon Capital Partners and Midwest Holding. 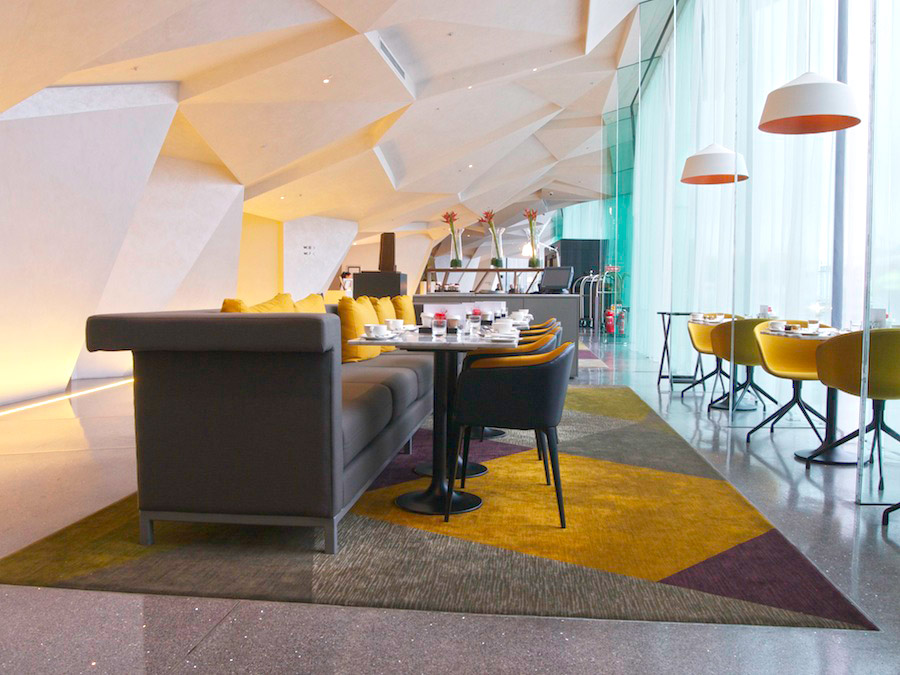 In terms of nation-building, hotel management is rightly proud of the diversity of its staff. Over a recent delicious Sunday meal, we were served by no less than four people of diverse backgrounds: Indian (Raj), Argentinian, Kenyan (Velia) and Latvian. Less than twenty years ago, this would be have been unheard of in parochial Catholic Ireland.

As for location, The Marker, operated by Interstate Hotels & Resorts and located in what is known as the South Docklands, adjacent to Grand Canal Square, has many attributes. Theater lovers will be delighted to know that a proverbial ‘hop, skip and jump’ takes them to the front door of one of Dublin’s leading performing arts centers.

Located 100 yards away from the hotel, the Bord Gáis Energy Theatre hosts a diverse series of shows, ranging from classical music and opera to traditional Irish music and other productions. During our stay at The Marker, it hosted the opera, ‘Nixon in China,’ in three acts by John Adams, focusing on the historic 1972 visit to that Far Eastern continent, the first American president ever to do so. The performance comes complete with an airplane arriving dramatically on stage. Can one arrive any other way?

From The Marker, weather-permitting, it is also a pleasant, 25-minute walk along Dublin’s Liffey River to the older and more traditional, Abbey Theatre, founded by former national poet, W.B. Yeats and friends at the turn of the 20th century. In contrast to Bord Gáis Energy Theatre, it offered a modern version of Shakespeare’s classic, ‘Twelfth Night’ while we were there. In the central city streets around the Abbey are many cafes, pubs and restaurants to enjoy. The hotel provides valet parking and a drive into the heart of Dublin is a mere five minutes, though parking can be inconvenient.

For those interested in sports, The Marker, a member of ‘Leading Hotels of the World’ family, offers several options. Due to its closeness to a large body of water created by canal locks – literally across an open square outside its front door – boating, surfing and sailing activities are plentiful. Also, one of Ireland’s national stadiums, known as ‘Aviva,’ where soccer, rugby and other sporting and musical events take place, is a short walk away. For history buffs, especially with the centenary commemoration of the Easter 1916 Irish revolution approaching, Boland’s Bakery and Mill, a strategic building held by the Irish Volunteers led by later-to-be President, Éamon de Valera, during the week-long siege, is nearby.

That’s the outside environment. As for the inside, behind a glass-fronted facade facing the theatre and band of water, The Marker features a spacious lobby area enlivened by the fact that it doubles as a café, brasserie and bar area where people gather with friends and family for chit-chats or informal business meetings (Dublin’s Convention Centre, the National Bank and global tech giants such as Google, Facebook and LinkedIn are all located nearby in a burgeoning technology corridor known as ‘Silicon Docks’). Inspired by the rugged coast of County Clare, from which the hotel’s architect originates, the lobby’s ceiling is an attempt to replicate it. An elevator in the far corner leads to a large open, rooftop bar granting panoramic views over much of Dublin’s cityscape.

With 187 rooms on six floors, The Marker boasts an ample sized wellness area on the mezzanine level reached discreetly via the room elevator and along a walnut wood-floored corridor. Carefully designed, it is a lesson in convenience with a central 23-meter infinity pool bordered by a sauna, a steam-room, a large, powerful Jacuzzi with enough room for at least ten people, and several leather recliners along the walls for leisurely reading and conversation. The area’s color design – subdued neutral colors of grey and black – sits restful upon one’s eyes. At the spa reception area, guests enjoy freshly-squeezed juice, fresh fruits and an assortment of herbal infusions including jasmine, mint and white tea.

Food at The Marker is of a high quality with many traditional Irish products and excellent service. Breakfast, for example, features Tommy Doherty’s black pudding (blood sausage made from pork blood and oatmeal) from Kells, county Meath, while an interesting item on the dinner menu is boar chops from Ballinwillin Farm Shop in Mitchelstown, county Cork. If wine is not your drink of choice, there’s always the fine ‘Tom Crean’ pale ale from Dingle in Ireland’s southwestern county of Kerry, named after a local man who was part of an historic expedition to the South Pole many years ago.

The Marker’s Sunday ‘Le Drunch’ (the latest food trend to emerge from Paris, a later alternative to brunch) is an enjoyable occasion, with an animated atmosphere created by convivial clients and a comprehensive menu. The bar is well stocked and non-alcoholic drinks include freshly pressed juice mixes such as beetroot, carrot and ginger or fresh coconut milk served in the shell. 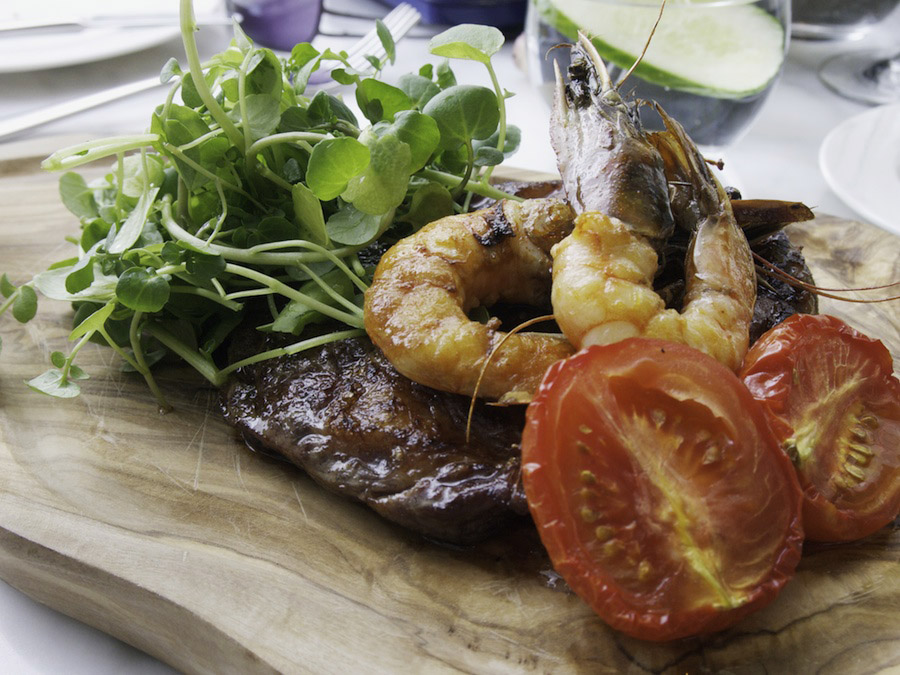 Scanning through the hotel’s comprehensive wine list, we chose a 2004 Château Musar red from the vineyard of brothers Ronald and Serge Hochar in the Bekaa Valley, Lebanon.

If Dublin, Ireland, is your destination, The Marker Hotel offers an appealing accommodation choice, tucked away as it is in an architecturally and historically rich area away from the dense traffic of central Dublin, yet still within walking distance of many of the capital city’s main attractions.