A funky basement swimming pool below a ceiling dotted with hundreds of hypnotic fiber-optic lights and a stainless steel statue in the lobby that defies explanation are among memorable highlights of a short stay in London’s Haymarket Hotel.

A renovated Regency-era building designed by John Nash in 1820 and located next door to the Haymarket Theatre Royal in the heart of the city’s theaterland, an area devoid of upscale accommodation, this 50-room property is the brainchild of British hoteliers Tim and Kit Kemp, owners of Firmdale Hotels, which now includes eight boutique hotels in London and one in New York.

Stepping in off the street, the first surprise is immediate – the size of the lobby. Compared to most hotels, and particularly those in London, this one is huge. Featuring pale oak flooring with a wide, open central space, the single decorative centerpiece is what at first glimpse seems to be a dwarfish chunk of melted silver perched on a pedestal. Upon closer inspection, it turns out to be an intricate, multi-facial sculpture by Liverpool-born Tony Cragg. This intriguing structure is offset by a large black and white painting of the Thames by John Virtue on one wall, a narrow, 6-meter elongated artwork on the other and vivid assorted red, black and yellow seating along the lobby sides, including and an 18th century Swedish sofa and an abundance of Howard chairs. 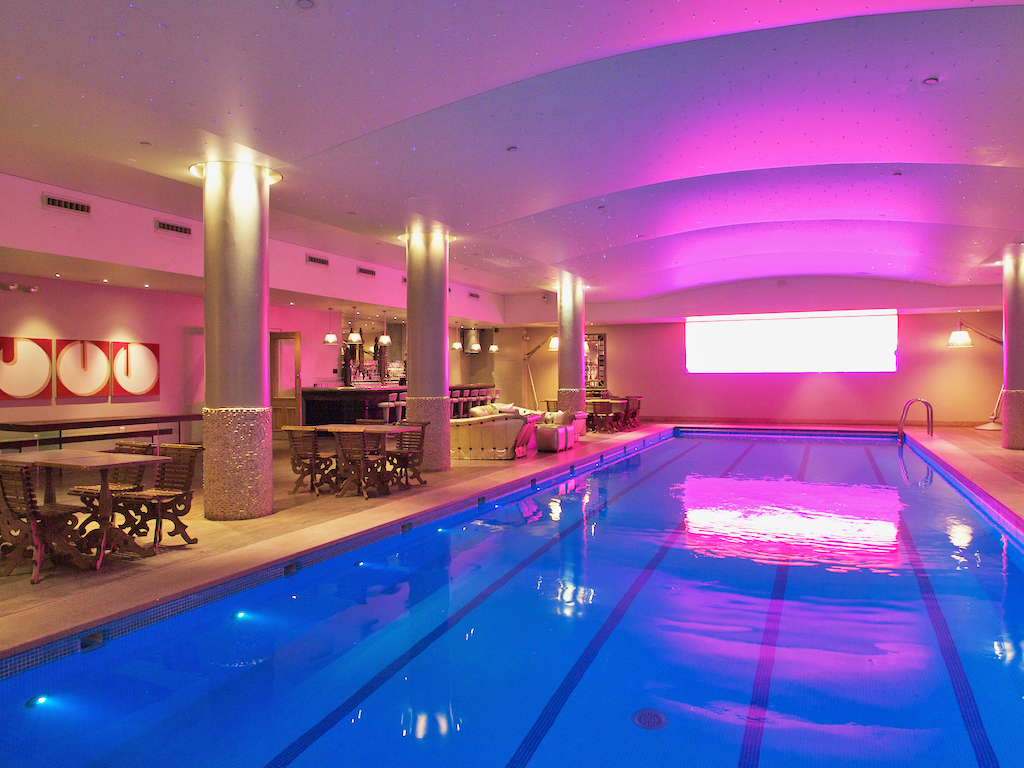 A conservatory and a library are also located on the ground floor, to the right of the long reception desk. The former is an elegant room bathed in generous amounts of natural light from a glass ceiling, with stunning green prints on the walls by Paul Zell and a painting by Paul Winstanley. The library, with a central open fire, is a cornucopia of color filled with assorted plants in glazed ceramic Chinese-style pots, ancient standing stone and wood ornaments, an honesty bar and deep divans with flamboyant pillows.

The Brumus Bar also on the ground floor is well worth a visit if only to chat with friendly manager George Youssef and sample his potent, creative cocktails with such esoteric names as ‘Dirty Bathtub Gin,’ ‘Barbecued Daquiri’ and ‘Alice in Wonderland.’ Interestingly, the hotel also hosts a traditional afternoon tea as well as a set two-course menu with a glass of wine and tickets to ‘The Phantom of the Opera,’ now in its 30th year at Her Majesty’s Theatre which stands directly opposite the hotel.

Our room could best be described as ‘English countryside,’ with a bed backboard designed with magnolias either side of which were framed paintings of teapots with floral engravings and one featuring squares of multi-colored butterflies. The hotel’s iconic emblem – a mannequin – stood in one corner. The bathroom comprised a double sink, stand-up shower and separate tub, with a flat-screen TV embedded into the wall. 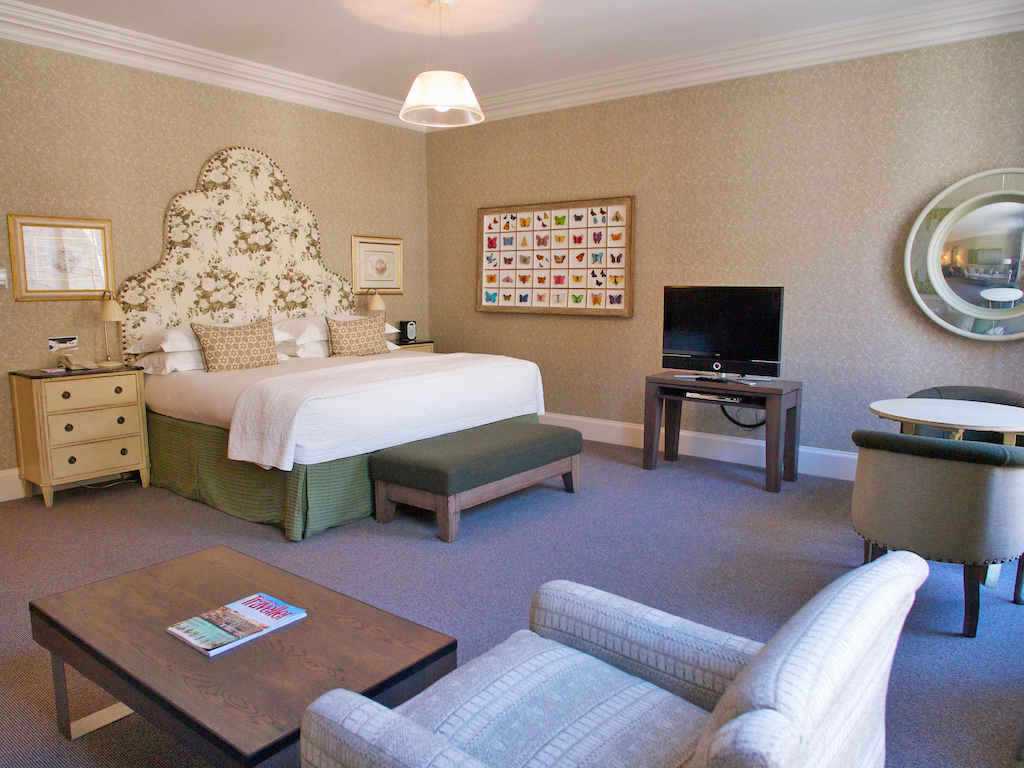 As for the charming basement swimming pool. It’s impressive not just by its size but by the sheer boldness of its design and ever-changing light installation by artist Martin Richmann, one minute blue, the next yellow or red. With its sleek pewter bar, matching gold Chesterfield sofas and giant TV, it’s more suitable for a celebratory party or corporate get-together than a simple dip in the water.

Aside from its vivid color interiors and quirky artworks, the Haymarket offers a superb location – on a small street between Piccadilly Circus and Trafalgar Square in an area crowded with tourist attractions, including the National Gallery, just two blocks away, and several West End theaters.